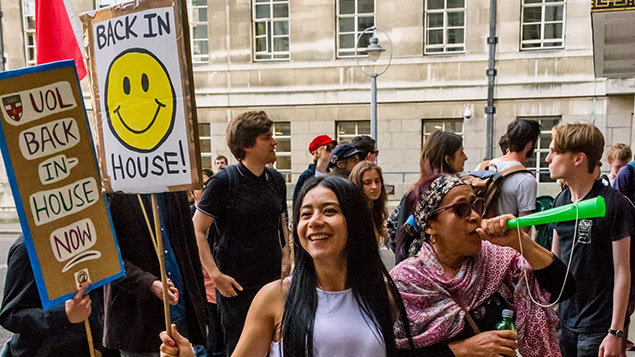 The High Court has dismissed a case brought by the Independent Workers’ Union of Great Britain (IWGB), which claimed that outsourced employees should be able to negotiate pay and conditions with the employers they work for.

The IWGB brought the collective bargaining case to the High Court on Monday on behalf of 75 workers, including security guards, post room workers and porters who work for Cordant, a security company contracted to the University of London.

Joint employer concept to be tested in High Court

The union claims that the university is the de facto employer of the outsourced workers, as well as Cordant, so they should be able to negotiate terms and conditions directly.

The IWGB initially brought the landmark case to the Central Arbitration Committee (CAC) in November 2017, but the CAC ruled that the union could not be recognised for collective bargaining purposes.

Outsourced cleaners, post room staff and other workers then went on strike in protest, and in August 2018, the High Court granted permission for a judicial review.

The union claimed that Article 11 of the European Convention on Human Rights permits workers the right to join trade unions and collectively bargain with their employers.

But at the High Court this week, Mr Justice Supperstone ruled that this was not a breach of human rights law and dismissed the union’s case.

He said: “There is, in my view, relevant and sufficient reasons for limiting the right to compulsory collective bargaining to workers and their employers.”

He added that the University of London was within its rights to outsource work to companies “in the most efficient and beneficial manner”.

If the union had won the case, this could have opened the floodgates for the 3.3 million outsourced workers in the UK to demand collective bargaining rights.

Julian Pilling, CEO of payroll company Solutio UK, said of the decision: “The protection of workers’ rights is of the utmost importance. A line must be drawn in the sand with regards to the rights of agency workers and permanent employers.

“Concise law is essential in this area in order to avoid the continual legal battles between unions and employers.”

IWGB’s general secretary Jason Moyer-Lee said the union would “continue to fight in both the courts and the workplace until they are brought in-house and treated equally with their directly employed colleagues”.