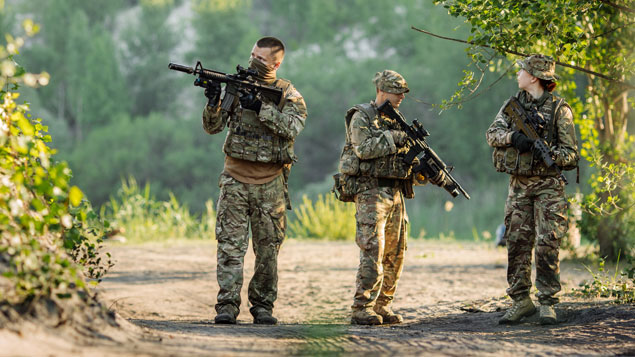 The Army will fail to hit its recruitment target for 2020 as problems with its recruitment process meant it has failed to attract the new soldiers and officers it has needed for the past six years.

Much of the shortfall has been attributed to issues with a recruitment system put in place by Capita Business Services, with which the Army entered into a recruiting partnering project in 2012, a report from the National Audit Office (NAO) finds.

The Army and Capita have not recruited the number of regulars and reserves needed to sustain the required headcount any year since the contract began, with the total annual shortfall ranging from 21% to 45% of the Army’s requirement. In the two years before the contract with Capita began, the annual shortfall was 4%.

Both parties suggested to the NAO that a range of external factors affected their ability to recruit, including low unemployment across the UK and a public perception that the Army is reducing in size and is non-operational, making it less attractive to join.

However, the NAO report suggests that delays to the launch of the Army’s online recruitment system – which went live 52 months later than originally planned – contributed to the shortfall in applications. The system was launched by Capita in November 2017, rather than July 2013 as planned.

Applicants also encountered problems with the system and Capita staff faced issues when processing applications, which the Army estimated resulted in it receiving 13,000 fewer applications than expected between November 2017 and March 2018.

The Army failed to reduce the time it takes for candidates to complete the recruitment process: in the first six months of 2018-19, half of regular soldier applications took up to 321 days to complete. Twenty-seven per cent took more than 400 days.

Only 11% of applicants went on to join the Army in 2017 and 47% voluntarily withdrew their applications.

A Capita spokesperson said: “As the NAO report states, both Capita and the Army underestimated the complexity of this project. Our focus is now on working with the Army to deliver a recruitment process fit for the 21st century.”

The spokesperson added that Capita has “overhauled governance on the contract” and is already seeing improvements with applications at a five-year high and reduction in recruitment completion times.

An Army spokesperson said it had recruited 9,000 people into a variety of posts over the past year.

“We are fully committed to improving our recruiting process. Working with Capita we have put in place a plan to address the challenges,” the spokesperson said.

“The Army has developed a range of measures to speed up the recruitment process. This includes new measures to reduce the time between applying and starting training, greater access to military role models for recruits and a new IT system.

“The Army meets all of its operational commitments to keep Britain safe.”

2 Responses to Army fails to hit recruitment targets since 2013