Building the business case for returnships 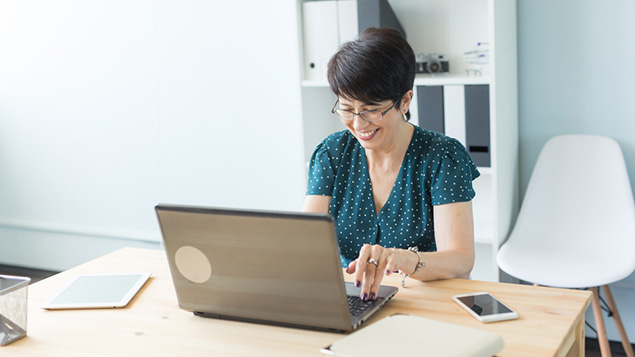 Returnships are high on the corporate agenda as employers seek experienced talent and boost diversity. Emma Page looks at the advantages of running a returner programme.

Part-time work in senior roles on the rise

Despite the fact that returner programmes can reach experienced, high-calibre candidates with a high level of commitment, it feels as though they’ve only recently been on the recruitment radar.

‘Returnships’ have become a key selling point to candidates for companies as diverse as Balfour Beatty, Credit Suisse, the BBC and Virgin Media as the conversation around flexible working has evolved. Their profile increased even further last year when the government itself launched a series of returnships across the civil service, social work, health and teaching.

The programmes tend to fall into two distinct categories: firstly, schemes evolved from internships where there are fixed-term paid contracts of three to six months, with a strong possibility, but no guarantee, of a permanent role at the end. Secondly, there are supported hiring programmes to bring returners back into permanent roles with targeted training, coaching and mentoring. Some models, particularly within the public sector, also incorporate training to update professional registration. Flexible working, a priority for many returners, is built into most programmes.

A returner programme can be a cost-effective way to bring a number of experienced employees into the organisation in comparison with using a recruitment agency. A number of specialist organisations, such as Women Returners, offer coaching and training to support returner programmes and do not charge percentage-based success fees for successful hires.

Women Returners, which has worked with employers such as EY, O2 and Skanska, operates a free network for returning professional women, with 4,500 subscribed members. Co-founder and MD Julianne Miles says there are a number of drivers that employers should consider when planning a returner programme. Money is important, but so is identity and satisfaction.

“Returners need and value support to help them reintegrate; and they’ll need to rebuild their confidence alongside refreshing their skills and knowledge. Some returners value the ‘soft-landing’ of a returnship, others prefer to be recruited into the security of a permanent role,” she says.

“Some want to take a similar position to their pre-break job, others to take the opportunity to change role or sector using transferable skills. After a particularly long break, a candidate may value a stepping-stone approach to their initial position; starting with a more junior role while skills and knowledge, and confidence, are rebuilt.”

JP Morgan’s 14-week ReEntry programme was introduced in New York in 2013 and is now global, launched in the UK in 2016. It comprises skills sessions, ongoing learning and development, on-the-job training, coaching, networking sessions and developmental experiences. Participants receive senior business-level support and are paired with mentors and ReEntry alumni, who help them to integrate into the firm. The highest performing participants who complete the program are placed into full-time positions. “The conversion rate from programme to full time employment is 75% – that’s something we’re really proud of,” says Matt Evans, MD and global head of recruiting, CIB (Corporate and Investment Banking).

Because technology changes at such an alarming rate, the company offers a one-to-one personal technology set-up within the first week of induction. “This was greatly appreciated by our candidates as it allows them to get up to speed on the technology they need to use in order do their roles to the very best of their ability – that way they can just hit the ground running. In future, all tech participants will follow extended training relevant to their specific roles,” adds Evans.

This is all part of putting returners at ease. “It’s understandable that after some time away from the workplace environment some are very nervous at the beginning of the scheme. To address this, we hold socials for the cohort in advance of the official start of the program to help – it’s all about making them comfortable on day one, so they feel able to ask the questions they need to,” he adds. “This is a seasoned and diverse pool of talent with experiences and perspectives different from those obtained from other recruiting methods. Their contribution is invaluable.”

The typical length of a returnship is three to six months. They can be run for one person or for a cohort. A group programme brings the benefit of a ready-made peer support network. It also introduces coaching and training economies of scale, and has a bigger impact on diversity targets, but varying levels and types of support will be required across a large cohort.

Most companies prefer to structure the placement period as a ‘temporary’ position, rolling over to a permanent role if successful. Most early returner programmes, particularly in banking and finance, were project-based, but this is changing.

“Returners can improve gender diversity and the gender pay gap: 90% of people on caring-related breaks are women. However, they also bring cognitive diversity and a fresh perspective as they have had experiences outside of a linear career path. Whatever kind of returner programme you choose to run, the culture of the organisation needs to support it,” says Miles.

“Make sure your leaders understand the business case so that they can champion the returner programme internally and externally. Start with a pilot and treat it as a learning process. The companies we have worked with since 2015 continually adapt and develop their programmes.”

“Position the programme internally as an initiative to access high-calibre and diverse talent, rather than a corporate social responsibility or community scheme. It’s not about helping disadvantaged women to get their confidence back – these are talented professionals, usually coming in at mid to senior level,” she adds.

“Returner programme participants typically are highly qualified, with at least 10 years of work experience. We’re frequently told that recruitment teams are blown away by the quality of the returner CVs. There is a strong business case and it is the right thing for business to do for society and the economy.”

Get the message right

Advertising, application and assessment processes may need to be tweaked to ensure they are attractive, welcoming and don’t discriminate against returners. Tailor all advertising to the returner talent pool, and support this with content marketing on local social media if returner programmes aren’t known about in the area.

It’s also important to get hiring managers on board. “If women typically need to tick 80% of the boxes to apply for a job, I find that returners need to tick 100% [from the hirers’ perspective],” adds Miles. “A lack of interviewer training on expectation-setting will allow an unconscious bias against people without recent experience to kick in during selection.”

Ensure there is a job available, if it’s a returnship. “A returnship provides a trial period for both sides. It is frustrating for the organisation and the individual if they both want to secure a permanent role but there isn’t an opportunity,” says Miles. “We find that a ‘temp to perm’ construct is often the best solution to ensure headcount.”

“It’s also frustrating for the participant if there’s inadequate support once the programme begins. The first few months back in an organisation can be an emotional rollercoaster after a long career break. We suggest a support programme involving mentoring, a buddy system, technical/IT training and coaching support.”

Offering a formal programme for returners has certainly boosted diversity at Tideway, a construction company building a 25km tunnel through London to divert sewage from the Thames. It launched its returner programme in 2015 and CEO Andy Mitchell is committed to achieving gender parity over the life of the project.

“Tideway is very active with early careers activities, graduates and apprenticeships, and the Returner Programme gave us the opportunity to fill an obvious gap – targeting and encouraging talented and experienced professionals who want to get back to a career after taking a break,” explains Julie Thornton, head of HR.

“They really supported each other and built a strong community,” she adds. “Some are still with us. They were fully supported by the management team; each had a dedicated mentor, and we received coaching and support from Women Returners.”

With many industries reporting skills shortages and the recruitment picture likely to get even more difficult as we approach Brexit, tapping into a pool of talented and experienced candidates who are eager to learn can only be positive.