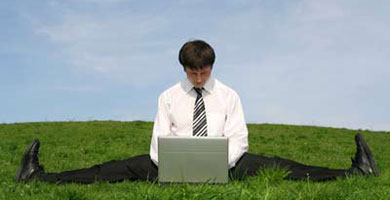 The findings of the report suggest good communication and flexibility helped to minimise job losses in the private sector during and post-recession.

Subsequently, the CBI said the Government should take into account the benefits of flexibility when addressing future employment law and in its Employment Law Review.

The CBI said that instead of automatically opting for legislation, the Government should set out its objectives and suggested processes in more flexible guidance or codes of practice. It added that this approach should also be applied to EU directives.

The CBI also expressed concern about the introduction of policies that it said reduced flexibility, including abolishing the default retirement age and failing to review the Agency Workers Directive.

John Cridland, CBI director-general, said: “With a strong base of employment rights already in place, we simply don’t need the state telling us how to manage every aspect of basic human relations.

“The Government should adopt a simpler approach to future employment law, one which maximises choice for employers and staff and plays up the strengths of our flexible labour market.

“Good communication helped companies and employees work together to make difficult changes to working patterns to get through the recession. These lessons are particularly important now the public sector is facing similar challenges as a result of measures to cut the deficit.”

Today, manufacturers’ organisation the EEF also called for the Government to refrain from putting “road blocks” in the way of flexibility, as it released its “Modern Manufacturing Workplace” report, which it said highlighted a growing need for flexibility in the sector.

The EEF claimed employers are increasingly succeeding in innovation and operating in an expanding global market through close partnership with employees, based on communication, engagement and rewarding employees for working more flexibly.

EEF director of policy Steve Radley said: “Manufacturers need to respond rapidly to changes in markets and customer needs. And more employees are looking for greater flexibility in how they work.

“Manufacturers tell us that they achieve the flexibility that they and their employees are seeking by working increasingly closely with them. But they are concerned that the constant churn of new regulation and the complexity of new laws are putting these positive relationships at risk.

“Supporting flexibility must be a key part of the Government’s growth strategy. To do this, it needs to send a clear signal that additional regulation will be the last rather than the first resort and ensure that any new measures are simpler and much less prescriptive than what we have seen in recent years.”

Read a guest post on this subject by the EEF’s Tim Thomas on XpertHR’s Employment Intelligence blog.

XpertHR also has a policy available on the right to request flexible working.