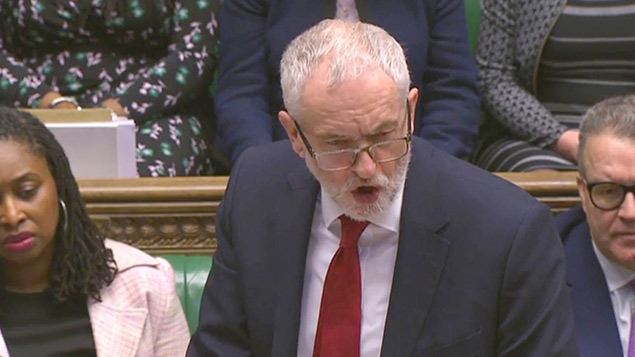 Jeremy Corbyn yesterday vowed to end public sector outsourcing in the wake of the collapse of support services giant Carillion.

The fall of the company, which employed 20,000 people in the UK, has led Labour to announce that, under its rule, the public sector would be the default choice for providing government services.

Outsourcing and the public sector

The Labour leader seized on prime minister Theresa May’s statement that the Government was a “customer” not the “manager” of Carillion, telling the House of Commons, “I’m sorry but if these are public contracts we should be the manager and not have a middleman like Carillion creaming off the profits.”

The policy would see a Labour Government applying strict conditions to local authorities and Whitehall departments that would dramatically cut the use of private-sector contractors.

Corbyn told the Guardian, using the funding of Virgin’s East Coast mainline franchise as an example, that the UK Government was not able to get the best deals from outsourcing firms, which could outbid each other by reducing their workers’ terms and conditions. He said the UK had been “too often held over a barrel by these people”.

A future Labour government, he revealed, would only allow local authorities and Whitehall departments to outsource a service if it was seen to be failing, and there would be a statutory requirement to submit an in-house bid that was “well-resourced with senior staff and workforce representatives”.

Meanwhile, at a meeting chaired on Thursday (18 January) by Government business secretary Greg Clark aiming to set up a taskforce to support small firms affected by Carillion’s collapse, leading banks such as Lloyds and Royal Bank of Scotland pledged £125m of funding for businesses facing financial problems. Up to 30,000 small firms are thought to be owed money by Carillion.

Afterwards, Mike Cherry, from the Federation of Small Businesses, said the amount pledged was unlikely to be enough to sufficiently recompense most contractors. “It is only going to be a sticking plaster to help those who are viable to continue in business and recover in time,” he told the BBC.

Also yesterday, Nationwide became the first of Carillion’s major private customers to employ staff left without a job due to the support giant’s failure. About 250 Carillion employees were working for the building society in catering and cleaning services, in addition to 1,500 staff engaged by separate third-party suppliers to work on Nationwide contracts with Carillion.

The mutual has stated that the directly employed workers will be added to its payroll from Monday and it would hire the third-party companies directly (rather than through Carillion).

Elsewhere, work at major projects outsourced to Carillion, such as the construction of the Royal Liverpool Hospital and the Midland Metropolitan Hospital in Birmingham, has largely halted.