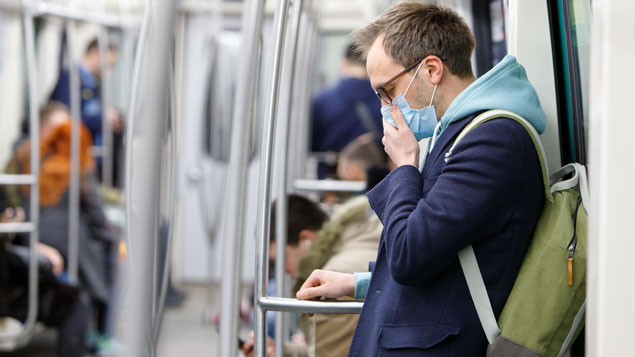 There are now two confirmed cases of the coronavirus in the UK as the outbreak continues to grow in China.

It has been confirmed that the two cases are in England and involve members of the same family.

Professor Chris Whitty, the chief medical officer for England said: “The patients are receiving specialist NHS care, and we are using tried and tested infection control procedures to prevent further spread of the virus.”

The virus has now spread to all parts of China, with about 10,000 confirmed cases including one now being reported from Tibet. More than 15 other countries including Japan and Germany have seen over 100 cases where people have caught the virus after contact with people returning from China.

The Foreign Office advises against all travel to Hubei province, where the majority of the cases have been, and all but essential travel to the rest of mainland China.

Doctors in Germany have reported that the disease has been spread by people who have not even displayed any signs of symptoms and in all countries where the infection is present major efforts are under way to trace people who have had contact with those with the condition.

The World Health Organization has declared the virus’s spread to be a global emergency.

Although more people have been infected in China than during the Sars (another type of coronavirus that causes acute respiratory illness) outbreak nearly 20 years ago, the death rate from the Wuhan-novel strain of coronavirus is much lower.

The UK government is advising all people who have returned from the city of Wuhan in the past 10 days to stay indoors and avoid contact with other people in the same way as they would if they had any flu viruses. They should also contact NHS 111 and inform medical staff of details of their travel in that region of China.

Employees who have recently been in Wuhan, states the advice, should stay at home for 14 days after leaving Wuhan and not going to work or public areas.

Visitors should not be invited into the homes of recent returnees, but it’s considered safe for friends, family or delivery drivers to drop off food.

China has introduced port-of-exit screening so people already exhibiting symptoms are not allowed to leave the country. But the authorities are only allowing those with British passports to be evacuated from Wuhan. In some cases this has risked splitting up families; for example, an English teacher from York, with a British passport, was told she could not take her three-year-old son aboard an evacuation flight because he held only a Chinese passport. Younger children are particularly at risk from the virus.

An aircraft laid on to fly UK nationals home from Wuhan is due to land at RAF Brize Norton in Oxfordshire at 1.30pm after initially being delayed by Chinese authorities. On arrival, its 110 passengers – none of whom have any symptoms of the virus – will be quarantined for 14 days at Arrowe Park Hospital on the Wirral.

A team of public health experts has been assembled at Heathrow airport to support anyone travelling in from China who feels unwell but the advice concedes that most people who have the virus will most likely become unwell after leaving the airport.

In China itself, Wuhan has been sealed off and people in Hubei, where most of the 220 deaths have occurred, are being told by their employers to work at home for now.

Toyota, Ikea, Foxconn, Starbucks, Tesla and McDonald’s are among major companies to suspend production or close outlets in China and Google, Apple and Airbnb are among firms to have suspended employee travel in the country .

Last week Paul Holcroft, an associate director at HR consultancy Croner, told Personnel Today that employers’ duty of care towards their staff could extend to cancelling any trips to somewhere that poses a health risk.

“Employers who had intended to send any staff to the affected areas may want to consider postponing the trip or assessing whether any meetings could be done via electronic means such as Skype or video conference,” he said.

One Response to Coronavirus arrives in the UK