Dismissal of paraplegic employee angry over lack of wheelchair access 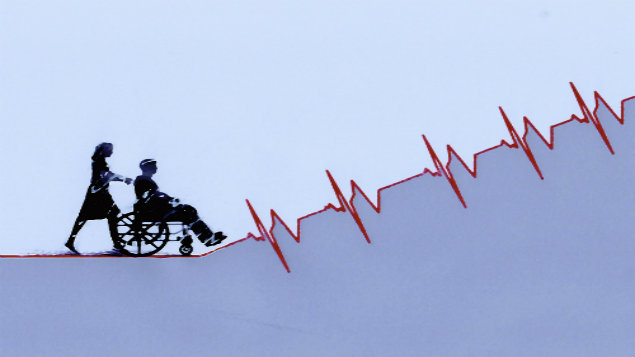 The Employment Appeal Tribunal (EAT) held that it could be discrimination arising from disability to dismiss a disabled employee who used racist language after becoming angry about not being able to access a training venue. Clare Gregory and Aaron Lyons explain the implications of this decision for employers.

Podcast: Discrimination arising from disability – three traps for the unwary

Dismissal for behaviour arising from disability was discrimination

Paramedic’s theft of anesthetic gas not a consequence of depression

The claimant, Mr Risby, worked for the local authority as a deputy risk and insurance manager from 1990 until his dismissal for gross misconduct some 23 years later in August 2013.

Mr Risby is a paraplegic worker and it was agreed that he is disabled for the purposes of the Equality Act 2010.

He is also renowned for having a short temper. However, the employment tribunal found as a matter of fact that this did not to relate to his disability, but was a personality trait. At no stage during the proceedings did Mr Risby challenge this finding.

In 2013, the employer decided to organise workshops for its managers. Originally, these workshops were to be held at a venue that had wheelchair access and so were accessible to Mr Risby.

However, following a review of costs, the employer decided that external venues would no longer be used for internal training and the training was subsequently rearranged to take place at a venue without wheelchair access.

This arrangement was put in place by Mr Risby’s divisional director.

Mr Risby was very upset when he learned about the change and was subsequently asked to attend at a later training session at a venue that had wheelchair access.

After his training was rearranged on a number of occasions, he vented his frustrations at the divisional director’s personal assistant. After nearly being reduced to tears by Mr Risby, the personal assistant reported the matter to a senior manager.

The senior manager approached Mr Risby, resulting in an altercation during which Mr Risby made racially offensive comments in a loud voice audible to other members of staff, which caused them upset.

Mr Risby was suspended pending an investigation and subsequent disciplinary hearing, which lead to his dismissal for gross misconduct.

Mr Risby raised claims in the employment tribunal that, among other things, he had been unfairly dismissed and subjected to unlawful discrimination arising from his disability.

After a nine-day hearing in April 2015, the employment tribunal dismissed his claims.

In dismissing his discrimination claim, the employment tribunal concluded that there was no direct causal link between his physical disability and his misconduct.

In appealing the tribunal decision, Mr Risby argued that the employment tribunal had erred in law when it concluded that there should be a direct causal link between his disability and the conduct that led to his dismissal.

In agreeing with Mr Risby, the EAT held that the misconduct needed to be only loosely linked to his disability.

The EAT reasoned that, if Mr Risby had not been disabled, he would not have been angered by the employer’s decision to hold the training at a venue to which he could not gain access.

His misconduct was the product of indignation caused by that decision. His disability was an effective cause of that indignation and so of his conduct.

While the EAT also considered that Mr Risby’s personality trait, his short temper, may also have been a reason for his misconduct, it could not rule out that his disability was as well.

The EAT held that the employment tribunal had not properly considered the question of reasonableness in relation to the decision to dismiss Mr Risby. The EAT set aside the judgment and the matter will be reheard.

This case continues the trends for employment tribunals to construe the causal link between disability and the issue that arises from it much more broadly than employers might expect.

Employers must therefore bear this in mind to avoid inadvertently discriminating against disabled employees.

About Clare Gregory and Aaron Lyons