Why diversity isn’t the real key to innovation 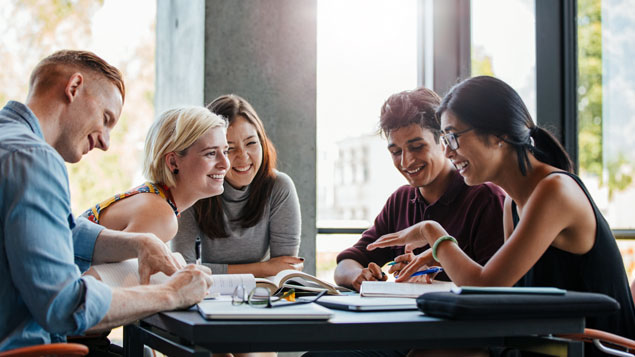 While diversity is usually regarded as vital to a more innovative organisation, new ideas only come forward when employees feel part of an inclusive culture. Nic Hammarling, head of diversity at Pearn Kandola, explains.

It is no secret in the modern workplace that diversity is good for business. For several years now, researchers have investigated the impact of diversity on innovation and the evidence suggests that a diverse team is a more innovative team.

Yet, the mistake that far too many businesses make is believing that the job is done if they can see their team is diverse. In reality, it is only one piece of the puzzle. For a team to truly achieve its potential, leaders must strive to foster an inclusive culture.

In an inclusive culture, people feel safe to make unusual or different suggestions; to say the things that everyone in the room is thinking but nobody is saying because they’re worried about how it will be received. Diversity creates the potential for different opinions and ideas, but it is inclusion that allows that potential to be realised.

So how can a leader build an inclusive culture? One in which a team of people from different technical and personal backgrounds will openly share a range perspectives and opinions? There are four key actions that must be taken.

If team members are to feel they can share their thoughts and opinions, it is vital that leaders establish a culture of psychological safety. To do so, they should consider how regularly they recognise the skills that team members contribute to a session or a piece of work. It is critical to ensure a leader knows their team well enough that they can connect with everybody, rather than a few people.

Self-management should also be considered. One of the biggest factors that undermines psychological safety is a leader who shoots down a contribution in front of the rest of the team, regardless of how outlandish it might be. Likewise, losing their temper or talking to one team member behind another’s back can also jeopardise an atmosphere of psychological safety.

It only takes a leader to cross the line once to undermine several months, or even years, of work towards a safe environment. If a leader does slip up, they have to acknowledge it straightaway.

Hiring from a select pool of people will not get a broad range of ideas and perspectives, which fosters a phenomenon that psychologists refer to as ‘groupthink’.

Strangely, one of the worst things a recruiter can do to build an inclusive workforce is to think about ‘team fit’. Leaders may think they are doing the right thing by recruiting someone who will gel with the team, but they are essentially hiring people who will think exactly the same as the existing workforce.

Likewise, it is essential to break up cliques that regularly work together. They might have a great understanding of how each other works, but there is a good chance that they will have fallen into the groupthink approach, meaning they will think about things from the same perspective.

An inclusive environment will not only encourage teams to make bold suggestions, but will also foster higher levels of servant behaviour, where team members work collaboratively. For example, an idea might be suggested by one person, but the rest of the team will work to bring it to fruition – rather than the person who originally proposed the idea being competitive about the fact that it is theirs.

Leaders may think they are doing the right thing by recruiting someone who will gel with the team, but they are essentially hiring people who will think exactly the same as the existing workforce.”

A leader will not be able to create a truly diverse environment if they are not honest about the actions they are taking.

For example, leaders often develop strong relationships with some team members but not others. They will believe they are being inclusive because they can point to some relationships where they have frank, open discussions and are happy for team members to challenge them. However, they have to be able to say that about everyone in their team, otherwise they are generally not being inclusive.

Leaders should regularly engage in self-reflection, especially on their team relationships. They can also invite feedback from staff. Frank, honest advice on how they perform  these indicators is crucial, as is using that information to determine how they should improve their approach.

The cornerstone of any inclusive culture is trust; it is about bringing different people together and making sure that they feel safe enough to share the full wealth of their background, knowledge and opinions.

Diversity plays a role in this, and it is true that diverse teams are likely to be more inclusive. But it is important to remember that it is part of a wider debate, rather than the only a solution. The real secret ingredient when it comes to fostering innovation is inclusion.