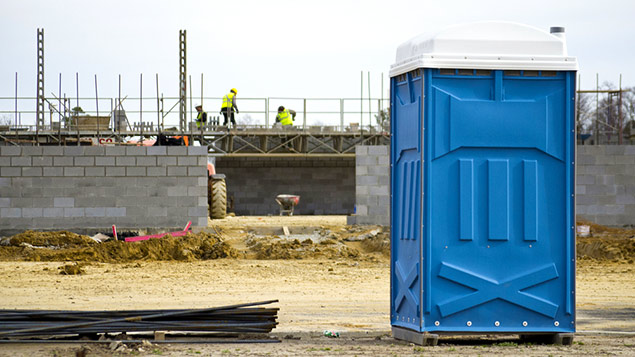 Unite is demanding that employers take action to ensure that workers are granted toilet dignity in the workplace.

The union said that tens of thousands of workers in the UK either are not provided with decent toilets or have unnecessary or officious restrictions placed on them when attempting to use the facilities.

Examples uncovered by Unite included bank workers being required to urinate in a bucket, no female toilets being provided on construction sites and bus drivers not being allowed a break for more than five hours.

Unite assistant general secretary Gail Cartmail said: “It is simply disgraceful that in 2018 tens of thousands of UK workers are denied toilet dignity at work.

“The examples that Unite has revealed are simply staggering and it is clearly deeply humiliating for the workers who are being denied toilet dignity. Employers have got absolutely no excuse for ensuring toilet dignity and if they fail to do so they should be prosecuted by the [Health & Safety Executive (HSE)].”

Cartmail added that the union will name and shame employers that do not provide adequate toilet facilities and breaks.

“Unite will not be passive on this issue, if workers are denied toilet dignity we will name and shame the guilty parties.”

Unite has also found that women in particular are denied toilet dignity. It launched a “period dignity” campaign in September and the campaign is now being extended to sectors such as construction and passenger transport where there are additional challenges.

Employers have a clear duty to provide decent toilets and washing facilities as part of the Welfare (Health, Safety and Welfare) Regulations 1992, with separate regulations applying to the construction industry. The HSE administers these regulations and while it has the power to take legal action this rarely occurs.

Examples of Unite members being denied toilet dignity included fuel tank drivers who have to remain within sight of their vehicles at all times, being forced to urinate in bushes; a female construction worker having to ask male colleagues for the key to the ladies’ toilet only to discover it is being used for storage; and call centre workers reporting that they have to log out when they go to the toilet.