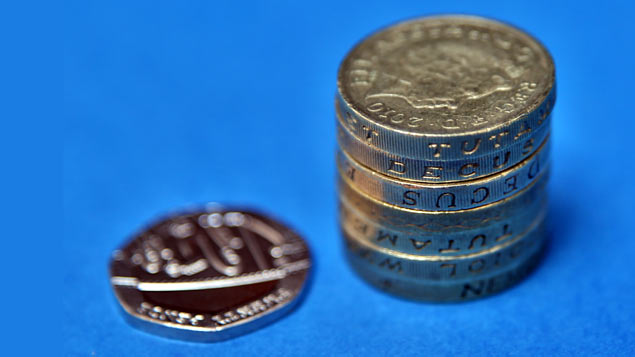 The new, compulsory national living wage comes into force today, putting an obligation on employers to pay workers aged 25 and over a minimum of £7.20 per hour.

The new rate was the headline announcement in last summer’s Budget, and represents an almost 7% rise from the current national minimum wage of £6.70. Workers under age 25 (but 21 or over) will continue to be entitled to a minimum of £6.70 per hour.

The Government’s ambition is for the national living wage to rise to 60% of median hourly pay for over-25s by 2020, which is currently projected to be £9.

Businesses have spent the last year preparing their salary budgets and payroll to deal with the new rate, and a number of employers – such as Lidl and Ikea – increased their wage rates to £7.20 or higher before there has been a legal obligation to do so.

The Living Wage Foundation, which recommends a higher voluntary rate of £9.40 in London and £8.25 elsewhere, has also enjoyed a spike in employers signing up to pay its living wage rate.

David Cameron recently announced that the national minimum wage for 21- to 24-year-olds will increase by 3.7% to £6.95 per hour in October, after the Government accepted recommendations from the Low Pay Commission.

According to thinktank the Resolution Foundation, the total wage bill across Britain is set to rise by £4.5 billion (or 0.6%), thanks to the introduction of the national living wage.

Torsten Bell, director of the Resolution Foundation, welcomed the new rate, but cautioned that more must be done to tackle low pay as a whole.

He said: “Today’s national living wage introduction means a welcome pay rise for over 4 million low-paid people this year, with women and part-time workers most likely to benefit.

“It’s vital that government works closely with businesses to get the implementation right as part of a wider move to reduce our Britain’s reliance on low pay, low productivity ways of working.

“A higher minimum wage can’t be expected to tackle Britain’s chronic low pay problem alone. We now need to focus on the big challenge of ensuring more employers have strong pay and career ladders. That in the end is how people can escape low pay altogether.”

Charles Cotton, performance and reward adviser at the CIPD, said: “Ultimately, [the national living wage] will only be judged a success if employers can sustain higher wages for the low paid, without the need for job losses and cuts to other pay and benefits.

“The NLW will increase costs for many businesses, particularly in the retail and hospitality sectors, which are set to be the hardest hit.

With automatic enrolment still underway and next year’s apprenticeship levy on the horizon for larger employers, the next 18 months will be a tricky balancing act for businesses across all sectors.”

Chris Jones, CEO of the City & Guilds Group added: “The businesses that will navigate these changes most effectively are those that shape their responses as part of a holistic talent and recruitment strategy.

“Under-25s being excluded from the new living wage, combined with the introduction of the new apprenticeship levy, makes me concerned that apprenticeships could be seen as an opportunity for cheap labour, instead of as a way to develop the vital skills businesses need to be productive. That would be short-sighted and harm our long-term economic prospects.”

A survey by XpertHR at the start of this year found that just under half (48.5%) of respondents employ at least some staff aged 25 or over who are paid less than £7.20 an hour, and among these employers, almost 12% of their employees would stand to benefit from the new rate.