By John Eccleston on 14 Jun 2011 in Equality & diversity, Race discrimination 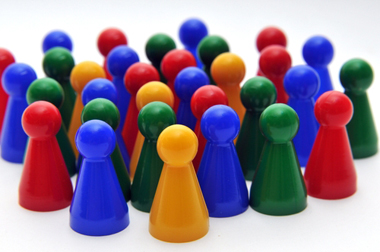 Ethnic minority workers feel that they face barriers in their career development, and some feel forced to leave their jobs in order to progress, according to a survey released today.

The report, Race to progress: breaking down barriers, was carried out by Business in the Community’s race diversity campaign Race for Opportunity. It investigated the levels of career ambition and subsequent career progression of black, Asian and minority ethnic (BAME) workers in the UK.

It found that, despite high levels of ambition, BAME workers feel that they are promoted less regularly than their white counterparts and nearly half feel that they have to leave their employer in order to progress in their career.

According to the findings, BAME workers go on fewer training schemes and lack access to mentors – despite high demand for both in order to develop their careers – and also have low confidence that their senior management treats all ethnic groups fairly.

Race for Opportunity also asked what the perceived barriers were to realising these ambitions. Nearly 60% of Pakistani, 55% of African and half of Chinese employees do not feel that they are supported by their line manager. Additionally, there is inadequate provision for training, with ethnic minority respondents saying that they had been on fewer than two training schemes in the last year. Almost one-third of Caribbean, Bangladeshi, Indian and Pakistani workers said that they had not been on a training course at all in the last year, compared with white British workers who said that they had been on more than two.

The report highlights that these issues are not limited to employers, but are also a concern in the recruitment industry. Only a small minority of the respondents felt that recruitment agents treat people from their ethnic background fairly when putting them forward for roles, while 73% of Bangladeshi, 72% of Caribbean employees and more than two-thirds of Pakistani respondents said that they felt they had been treated unfairly when using a recruitment agency.

Sandra Kerr, national director for Race for Opportunity, said of the findings: “Our ‘Breaking down barriers’ report reveals a BAME workforce that is highly ambitious, has their career targets mapped out, yet is still meeting significant roadblocks at every turn, preventing them from progressing at a reasonable rate. The Government, employers and the recruitment industry must redouble their efforts to ensure that support, reward and training are equally available to all employees. This is the only way to ensure that the country enjoys genuine equality in its workforce.”

XpertHR has a range of information available on racial discrimination.

XpertHR also has a guide on how to comply with the law on racial discrimination.