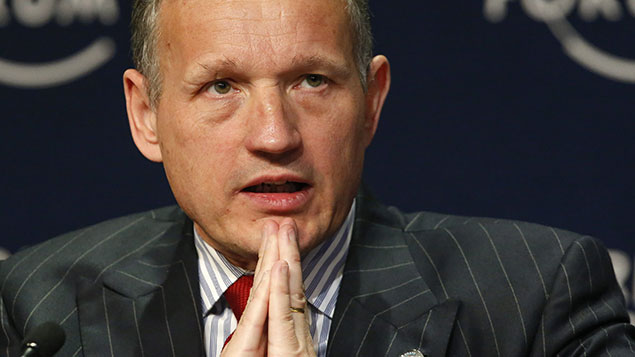 A former Barclays chief executive has joined the Bank of England’s chief economist, Citigroup’s investment chief and other leading bankers in predicting that the sector could soon lose swathes of jobs to technology.

Customer services, middle and back office roles − making up 50% of all jobs in the sector − are in line to be replaced entirely by computers, Antony Jenkins has claimed, adding that the workforce would have to become more entrepreneurial.

PwC report: AI will create more jobs than it replaces by 2037

AI will be business-critical in five years

Why robots should ‘report’ to HR

He told the BBC: “We’ve already seen something like 25% of branches close between 2011 and 2015; my expectation is at least another 50% of branches will close over the next five to 10 years.

Jenkins, now the chief executive of banking and technologist firm 10x, said: “Similarly I think we’ll see something like a 50% or even greater reduction in the people employed in the industry.”

The big four banks (Barclays, Lloyds, RBS and HSBC) currently operate 4,500 branches in the UK, having axed 4,000 in the past decade. If Jenkins’ prediction comes to fruition the UK would, within 10 years, be left with fewer than 2,500 branches of the big four.

Also this week the Bank of England’s chief economist Andy Haldane forecast on the BBC Today programme that a “fourth industrial revolution” of technological change would lead to a “hollowing” out of the jobs market and may see rising inequality, social tension and many people entering poverty. We needed to learn the lessons of past industrial revolutions that the country was unprepared for, he added.

Haldane said: “That hollowing out is going to be potentially on a much greater scale in the future, when we have machines both thinking and doing − replacing both the cognitive and the technical skills of humans.”

It was vital, he said, that people were given the training to take advantage of the new jobs that would become available as part of a “new technological wave”. If the country was not to suffer a vast amount of “technological unemployment” jobs focusing on face-to-face interaction and negotiation would need to be created.

Sales and research could be key areas where banks would continue to hire people, Forese forecast, but: “What people are doing, the type of work being done by the human rather than the machine will change.”

Many straightforward roles, such as data-entry in banking, would be replaced by automation. John Cryan, former CEO of Deutsche Bank told a conference in Frankfurt last September: “In our banks we have people behaving like robots doing mechanical things − tomorrow we’re going to have robots behaving like people,” he said. “We have to find new ways of employing people and maybe people need to find new ways of spending their time … The truthful answer is we won’t need as many people.”

Tara O’Sullivan, chief marketing officer at corporate learning provider Skillsoft, told Personnel Today that the technological revolution would disproportionately affect roles more often carried out by women: “It will be women who bear the brunt of the implementation of these technologies.”

She said that estimates by the US-based Institute for Spatial Economic Analysis, revealed that twice as many women as men would lose their jobs because women are typically working in areas that are most likely to be automated. “We’re talking jobs like cashiers, office and administrative roles,” she said.

O’Sullivan said she’d like employers to recognise it was their responsibility “to reskill and upskill their employees. We cannot allow millions of women to be laid off without offering an alternate career. We need to provide employees with access to learning which they take can take at their own pace, where and when it suits them, and offer them various options of how to learn.”