More than nine in 10 want more flexibility on apprenticeship spending 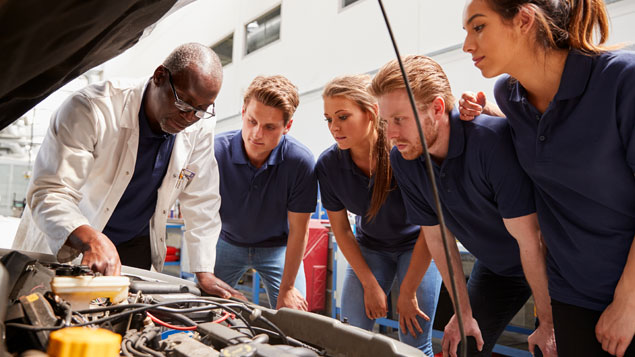 Nine out of 10 (92%) employers want more flexibility in how they can spend their apprenticeship levy allowance, with some employers suggesting they would rather use the money for other methods of upskilling.

Asked what they would spend their apprenticeship levy allowance on if they were given greater freedom, 45% of employers would rather invest in non-apprenticeship training, City & Guilds Group and ILM research found.

More than a third (36%) of the 765 levy-paying employers polled said they would rather spend the money on technical courses tailored specifically for their employees’ profession. This was followed by health and safety and compliance training (33%), work placements and internships (32%), product and technical training (31%), leadership and management training (31%) and continuous professional development (31%).

Kirstie Donnelly MBE, managing director of City & Guilds Group, said: “The turmoil we are facing, as a result of uncertainty around Brexit as well as the rapidly changing world we live in, means that it’s never been more urgent to improve the skills of our workforce and invest in home-growing the skills that we may no longer be able to import from abroad.

“Apprenticeships have a huge potential to deliver on this, but the system is still not responsive enough to the needs of employers. Businesses need more flexibility to use the apprenticeship levy in a way that will truly help them fill skills gaps, upskill their workforce and shore up their talent pipeline for the future.”

One employer quoted in the bodies’ Flex for Success? report suggests that apprenticeships “force you to demonstrate your skills in your current role rather than thinking about the future and what skills are needed for that”.

Not responding to employers’ needs

The lack of suitable apprentices was reported by 31% as a barrier to spending more of their apprenticeship levy fund. Thirty per cent said training providers, colleges and universities did not provide what they need or want, while 29% said the requirement for 20% of the training to be done “off the job” was not suitable for their business.

Learning on the job was seen as more effective by 47% of those polled. Professional, scientific and technical sector employers were the most likely to view on-the-job training as more effective (62%), followed by those in the construction sector (56%).

One employer said the off-the-job training requirement was too costly, stating: “it just isn’t possible at all for some roles as it’s too expensive as it means we have to backfill roles with bank staff”.

Flexibility is not enough

Despite the survey results suggesting that employers want more flexibility in apprenticeship levy spending, Donnelly said this alone will not be enough to increase apprenticeship uptake.

“The government must provide greater clarity on apprenticeship data in order to equip the industry with the holistic view it needs and enable employers to understand its wider impact. Although we welcome the government’s commitment to introduce reforms, they are yet to set this in motion,” she said.

Businesses need more flexibility to use the apprenticeship levy in a way that will truly help them fill skills gaps, upskill their workforce and shore up their talent pipeline for the future” – Kirstie Donnelly, City & Guilds Group

Ahead of the government’s planned consultation on how the levy should operate after 2020, City & Guilds Group and ILM suggested a number of reforms that would help employers use more of the available funds, including: