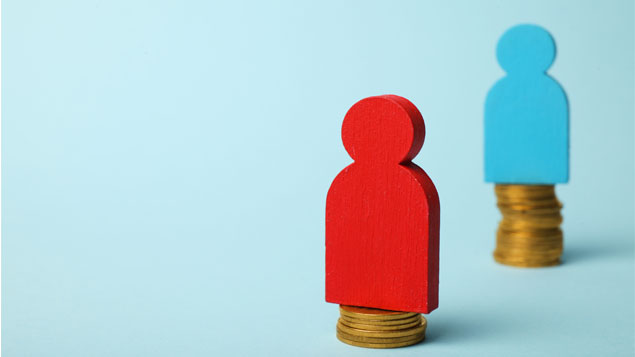 Female pay is rising more quickly than male pay in HR, but men in senior roles are often still paid more than their female counterparts, a report has found.

Analysis of placements made by HR recruiter the Oakleaf Partnership discovered that some industries were making more progress in addressing the gender pay gap in their HR departments than others.

In the financial and professional services sector women in HR were, on average, receiving 4% higher pay increases than their male counterparts when moving role over the last financial year. However, men were still paid more than their female colleagues for carrying out the same job.

In entry-level HR positions in the financial and professional services sector, male salaries were 16% lower than females’, which Oakleaf suggested might deter men from applying for these roles.

“Too often we are dealing with a hiring manager’s view on what minimum pay rise is acceptable rather than considering the skills and talents that a hire brings to the table, against the backdrop of market supply and demand.”

Analysis of commerce and industry HR placements also found a reverse gender pay gap across almost all levels of seniority, apart from junior positions. However, it noted that 80% of the candidates it placed in this area were women.

It suggested that “historic pay disparity” within HR remained, with senior female pay stagnating as women took time out to raise a family.

“We can’t ignore the fact that it is 2018 and that in reality the one profession that should have strived to avoid these kinds of stereotypes should surely have been HR?” the report stated.

“It is disappointing to think that HR is, in some ways, playing catch up along with many other professions when this issue has been on the HR agenda for a number of years and is now highlighted with both gender pay reporting requirements and our report findings.”