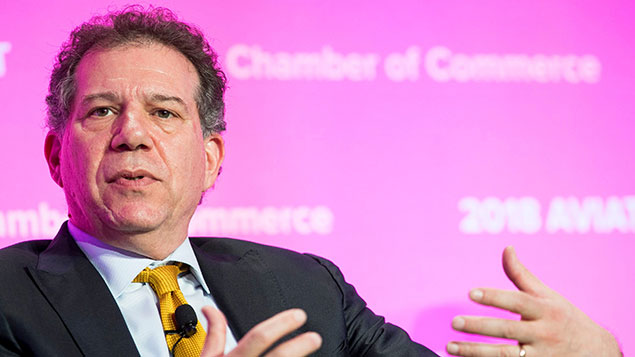 With less than three months left for large employers to publish their second tranche of gender pay gap data, Jo Faragher looks at the 2018 data so far and finds a mixed picture.

This time last year, thousands of companies were busy compiling figures and getting their stories straight in advance of the first round of gender pay gap reporting.

The reports themselves – which must be published annually by employers with 250 or more staff – were pored over by the press, investors and existing and potential employees: did these organisations pay women fairly, and if not, what were they doing about it?

At time of publication, nearly 600 organisations have so far published their second snapshot of pay data, this time for 5 April 2018, and this is already drawing some unfavourable comparisons.

Banking group HSBC, for example, recently hit the headlines when it emerged that an already significant gap between mean hourly pay for women and men had increased, from 59% in 2017 to 61% in 2018. The difference in median hourly pay also rose, from 29% to 30%. The gap also widened at Virgin Atlantic, where the gap in median hourly pay rose from 28.4% to 31%.

The story so far this time round

Personnel Today analysis of all gender pay gap figures published up to 8 January 2019 shows that, while there are some isolated instances where the gap has grown significantly, the broad trend is very slightly downwards.

We found that the average difference between all employers’ 2017 and 2018 reported median hourly pay gap was around 0.6 percentage points in favour of women.

Where the gap had worsened for women, as was the case at 201 organisations, 35.8% of the cohort, the average difference in gender pay gap was also four percentage points (from 9.8% to 13.8%).

Around one in seven organisations (14.6%) reported no change in the second gender pay gap compared to the first. The average level of mean hourly pay gap for these organisations was 5.3%, i.e. men would earn 5.3p more for every pound earned by a woman.

While it undoubtedly makes for positive PR to publish an ever-narrowing gap, in many cases this simply isn’t realistic. “When we speak to clients, we say don’t expect the figures to reduce this year or even next year,” says Ruth Thomas, senior consultant at reward consultancy Curo Compensation. “The government itself has said this is a five-year thing. It will take that time to get it working properly and see measures working so they have an impact on the numbers.”

She adds that in certain companies, the departure of a single senior female executive could lead to a 5% increase in their gender pay gap. In others, the employee population eligible for the annual snapshot could be entirely different thanks to a restructure or where there’s been a merger with a company where the gender balance is skewed the other way.

Some employers have improved their pay gap, others have seen it worsen. Education watchdog Ofsted has seen its median hourly pay gap widen from 2.3% in 2017 to 19.8% in 2018. The outsourcing group Interserve’s facilities management division saw its gap grow from 12.1% to 23.2%, while the Department for Digital Culture, Media and Sport recorded a gap of 22.9%, up from 8.2%.

Penne Cecil-Hutton, a reward consultant at XpertHR, says “it’s not unusual at all for the gap to widen” in some cases. “You can’t assume it’s going to get better every year,” she argues. “The mean and median figures can go in completely different directions as one is a midpoint and the other an average. Bonuses will vary and a small movement could have a big impact. Companies are often surprised by this.”

One of the most influential factors is the gender balance across each pay quartile, Cecil-Hutton explains. In the case of HSBC, only 23% of roles in the top pay quartile are women, compared to 54% of the whole workforce. Furthermore, the bank admits that around two-thirds of staff in more junior roles are women.

Virgin Atlantic said one of the factors behind its widening gap was that most pilots (94%) in the UK were men, and many of them had been working extra hours during the reporting period. It has committed to having 50/50 male/female representation in senior leadership roles by 2022, and aims to reach around 10,000 students this year in a bid to make this male-dominated industry more gender-diverse.

Anna Sandford, a solicitor at PwC, points out that many of these positive steps taken by organisations to reduce their gender pay gap will take time to bear fruit in terms of a reduction in the pay gap. Some may even increase it initially. “For example, a key driver of an organisation’s pay gap can often be its gender make up – where women are under-represented either in the organisation generally, or in senior roles,” she says.

“Where action has been taken to address this by attracting and recruiting women into historically male-dominated organisations, this will actually result in an increased gender pay gap initially if the roles filled are at entry-level. Additionally, where organisations have focused on the promotion or recruitment of women into senior positions, changes may happen gradually and take time to translate into a significant reduction of the gender pay gap.”

The challenge, adds Sandford, is in how to communicate this message to both their workforce and the public. Thomas says it’s important for organisations to “tell the story” of that journey. “The first year was more about getting the numbers done. This year it’s more about how you formulate an action plan,” she advises. “In the third year, this is where hopefully we start to feel the impact of these actions, and by year five we’ll hopefully have a couple of years of them making an impact.”

As with last year, the accompanying narrative is all-important in how this is presented. The government gender pay gap portal currently requires people to view 2017 and 2018 reports separately, so there’s no immediate visual representation of how the two years compare. Arguably the most transparent way to show progress in your gender pay gap is to publish the two reports side-by-side, but this is not mandatory.

Cecil-Hutton argues that – while honest – showing each year side by side could create an expectation in years to come that may show employers in a less than flattering light. “You may have improved it this year, but what about next?” she says. “The government portal only requires you to publish three years’ data so eventually you can take one down. Say so in your narrative if you have improved, of course, but don’t over-promise. In a small organisation there will be churn, one person could leave and that movement could have a big impact.”

Rather than make specific predictions about gender balance in particular roles, highlight the activities you’re engaging in to improve equality, she advises. This could be any sector-specific gender initiatives the company has signed up to, offering unconscious bias training or supporting women into senior roles through returnships or flexible working.

Thomas at Curo Compensation says organisations can take a range of approaches, both now and looking further ahead. “Short-term gains could come from addressing recruitment issues, for example considering all-female shortlists or not discussing salary history at interview,” she says. A recent survey of employers’ actions by XpertHR revealed that reviewing recruitment practices was by far the most common approach taken.

“In the mid-term, companies could look at hiring more female graduates to feed their talent pipeline, but they must ensure they’re encouraged to stay with programmes to address the motherhood penalty. In the longer term, in sectors where there is extreme occupational segregation, it will be important to reach out to schools to encourage more females into the sector,” adds Thomas, who advises employers to publish their figures sooner rather than later, so they can concentrate on putting those actions in place.

Figures from the Office for National Statistics published last October suggested that the UK gender pay gap for full-time employees had shrunk to 8.6%, an all-time low. For all workers including part-timers, however, it shrunk only slightly from 18.4% in 2017 to 17.9% in 2019. When it comes to the companies covered by gender pay gap reporting requirements, we won’t know the full picture until after the deadline in April, but it’s clear from these early reports that progress is slow, albeit in the right direction.

4 Responses to Gender pay gap reporting 2019: Only half of employers are improving