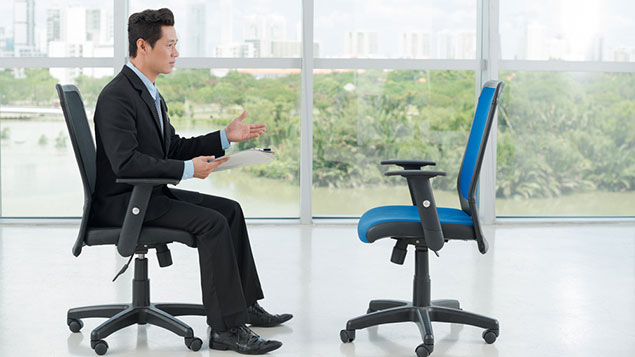 In the world of modern dating, few things leave the sting of confusion and despair as much as being ghosted. Othamar Gama Filho suggests three ways of avoiding the phenomenon crossing over into recruitment

For anyone who has been lucky enough to avoid the experience, ghosting is when someone you’re dating is suddenly unresponsive to your messages and calls, vanishing almost like a phantom on all means of communication. The victim of ghosting is left feeling alone, contemplating what could have been done to have avoided this outcome… and often the answer is nothing.

Ghosting has seeped into other areas of life, particularly the professional world.

Recruiters are dealing with vanishing candidates with increasing regularity. Unfortunately, not every job applicant has the courtesy to show up to a job interview, or even to call or send a note to say they’re no longer going to be there. It’s even common for a new hire to not show up for the first day of work after having accepted an offer.

Resources on carrying out job interviews

It’s created a burdensome challenge for companies not only trying to get qualified candidates in the door, but also making sure that new hires follow through on their commitment and top talent doesn’t vanish unannounced.

But unlike the dating world’s version of ghosting, there are concrete steps that businesses – and especially recruiters – can take to defend against it. Understanding why ghosting happens and understanding how to combat it could very well be the difference between building a solid team and being stuck in the cycle of the perpetual revolving door.

Over a period of 12 months, we analysed more than 55,000 interview results for roles, where workers are paid by the hour, and came away with a clear understanding of, not only why candidate ghosting happens, but also what to do about it.

1 You’re blending in with the crowd

If someone takes the time to fill out a job application or craft a CV and cover letter to send to a hiring manager, it’s safe to assume that that person is in fact looking for a job. And yet, according to some estimates, one in 10 job candidates don’t even show up for scheduled interviews. The problem is candidates often cast a wide net, applying to similar-sounding jobs in the same industry, and it becomes hard to tell one company from the other. The job you’re hiring for is lost in an indiscernible heap of career opportunities.

Not every job applicant has the courtesy to show up to a job interview, or even to call or send a note to say they’re no longer going to be there

To be sure, many industries have always had to deal with the issue of ghosting, particularly those involving manual or low-skill work.

But in a thriving job market, this behaviour becomes more common in the white-collar industries. Staffing firms attest to the fact that ghosting behaviour among professional candidates is more common now than it was even a year or two ago, and it’s because jobseekers have more choice.

Solution: Showcase your company as a place where team members thrive.

When a new candidate is checking out your website or social media to get a glimpse of your work environment, what are they seeing? Nothing at all? Consider yourself in danger of being ghosted.

Social media and immersive storytelling have made work environments and company origin stories more tangible than ever to potential new hires, and any company that wants to stand out in a compelling way has never had easier access to the resources to do so.

Of course, the more your company fosters an environment where staff are able to thrive, the easier it is to showcase it, and the easier it will be to attract the best people to build a thriving enterprise.

2 Your hiring process lacks empathy and a human touch

In a world of AI and smart automation it’s easy to try to let the robots handle everything. Recruiters are usually overwhelmed and trying to juggle dozens of tasks at the same time. There are always new positions to fill and, even though there’s never enough qualified candidates, it always feel like an endless stream of candidates that need to be reviewed. With this being the case, you organise your process in a way that suits you best and keeps everything moving.

Solution: Use candidate engagement techniques and data to increase your chances of success.

Our analysis suggested you’re far more likely to get a candidate in for an interview if you schedule it in the morning than in the afternoon. Monday morning between 9am and 10am in particular has proven to be the best time to schedule an interview, if you want to ensure they’ll show up. In fact they are as much as 27% more likely to be there.

We don’t have a specific reason for this. According to author Daniel Pink, the “Monday effect” marks a temporal landmark when people are particularly motivated to start something new, like a job.

Since we have a very good idea of the time that gives your candidate the best likelihood of showing up, why stack the odds against them?

Also, be mindful of the way you interact with the candidate. It’s not just how you communicate with a candidate – always in a courteous and compassionate manner – but also when. Do not keep them waiting for a response.

Sometimes a job title is not as descriptive as you would think, and in fact might entail very different things depending on the company. A business analyst may be crunching numbers at one organisation and working on a sales strategy or delivering reports at another.

Job titles can often entail very different functions, depending on the company and the specific niche it falls under. If the job description and the responsibilities of the role the candidate is applying for are not clear, then the position will slip into an abyss of ghosting vulnerability.

Any good job description must not only specify the exact business needs associated with the role, but also the daily tasks, and the type of background and personality that would best fit the position, and when applicable, the team.

Also, keep in mind that candidates often apply to multiple jobs when they are considering a new job. If your dream candidate applied to other positions more recently than yours, it is likely that these are at the forefront of their mind. Therefore, it’s important that you continue selling your jobs with nuggets of interesting information about your company and the job.

Professional ghosting becomes even more common in booming job markets, such as that of today. In the US, Bureau of Labor Statistics data shows that 2.4% of workers quit their jobs in May 2018, nearly double the 1.3% who quit in May 2010. To attract the top talent and to ensure they won’t vanish – both during the hiring process and once they’re on board – understanding these proactive approaches will go a long way.

13 Responses to ‘Ghosting’ in recruitment: a growing candidate trend