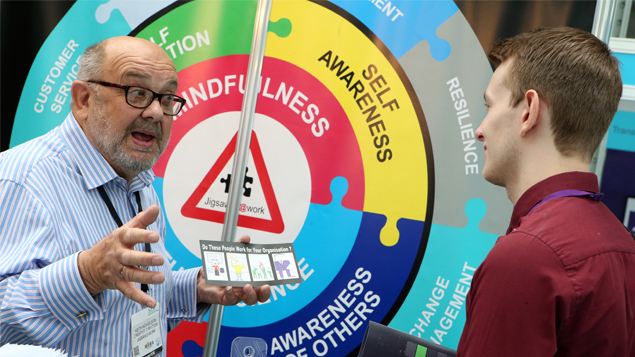 HR and L&D professionals are increasingly at the heart of key decisions over resource and projects that significantly impact business performance and organisational culture.

We are frequently asked to look at ways to improve business performance, yet knowing exactly what research, data or trends to trust is an incredibly difficult challenge. Getting things wrong over time has consequences, but working out how to get things right in the first place can be hugely problematic.

Annoyingly and beautifully we are human. That means the evaluation process for new work – or continuing old work – is taking place within a thought process that is largely a bundle of biases and preconceptions. We all like to think that we are better at thinking through things logically than other people, this is because of something called the ‘Above Average Bias’ effect; it’s the same reason that most people think they are better than average drivers. Nobody likes to think they are making bad decisions and nobody likes to think they are wrong. That is a challenging starting point for working towards the truth.

A workshop by David D’Souza at CIPD’s Annual Conference and Exhibition, 9-10 November 2016.

For more information and to book tickets click here.

Over the past few years there has a been a boom in smartly packaged science, quite often a TED talk giving you seemingly undeniable truths about how we are as people. It is hugely tempting for HR professionals to take these lessons and apply them to organisations without understanding how reliable the science is that sits behind them or the context of the experiments.

In fact ‘The Wrapper Effect’ refers to our innate preference for things that come in nice packaging – and the advent of TED talks and the increasing media predilection for showcasing headline grabbing experiments is both an opportunity and a complication. It’s an opportunity in that it makes concepts and research more readily accessible and it is a complication because the application of research that only applies in a specific context is unlikely to improve your organisation.

The nuances and limitations of research are often given less prominence than the headline dominating ‘key lesson’. You may feel differently making changes to your organisation, for instance, if you knew that the observable responses of the experiment had been seen and tested on mice rather than on people. The answer is rarely as simple or straightforward as ‘this is the one thing you need to know to assure high performance’.

A paper published in the Journal of Cognitive Neuroscience last year, “Superfluous neuroscience information makes explanations of psychological phenomena more appealing” shows that we aren’t just blinded by science, we are seduced by it. Worryingly, where irrelevant facts about neuroscience were added to explanations, people were more likely to find those explanations believable. Reflecting on to what extent we genuinely critically appraise evidence outside of our sphere of experience is a worthwhile exercise.

The other anchor holding HR from moving forward is the notion of ‘best practice’, the belief that the initiatives or approaches that work in one commercial environment can be lifted and dropped elsewhere and still prove a success. The cult of ‘Best Practice’ has led organisations to believe, somewhat counterintuitively, that adopting the strategy of another successful organisation could lead to the same level of success.

This isn’t a new phenomenon, but it is somewhat ironic that in a time when the headlines are focusing on increasing volatility, a raft of organisations have resorted to relatively cookie cutter approaches. Schopenhauer wrote in The Art of Always Being Right that “There is no opinion, however absurd, which men will not readily embrace as soon as they can be brought to the conviction that it is generally adopted” and it could be argued that if HR were braver, we would step more boldly away from practices that we embrace not because we believe they add value, but because everybody else is doing them.

‘There is no opinion, however absurd, which men will not readily embrace as soon as they can be brought to the conviction that it is generally adopted”

If you cast your mind back to the origins of organisational development, the key philosophy was to examine the external environment – and then solve the challenge of creating an organisation best placed to respond to the opportunities it delivers. Now is the time to start thinking hard about that external context and the upcoming challenges and opportunities for HR and organisations, being more creative and flexible in these approaches.

As we move forward, the ability to critically evaluate external evidence and the data available within an organisation will become ever more important to ensuring resources are effectively deployed and utilised. HR can command a place at the centre of an organisation’s decision making only if it maintains a discipline around what work it commits to and intellectual rigour as to why.

We can pilot, we can invent and we can create – because we are making sure we generate space by methodically reducing distractions and missteps elsewhere. We need to know the science, question the science and then apply the science within the boundaries of its applicable context – all the time keeping people at the heart of what we do.

It’s an exciting challenge and one that requires more discernment and personal accountability for solutions from HR practitioners than ever before – challenging our own thinking and the received wisdom of others. There are recognised techniques for improving critical thinking and the quality of evaluating evidence – including those at www.cebma.org – it’s time to make use of them to ensure the profession continues to improve its position as being credible for both its thinking and impact in the real world.

David D'Souza is currently Head of London for the CIPD and also Head of Engagement for their extensive branch network. The CIPD is the professional body for HR and People Development with over 140,000 members.
View all posts by David D'Souza →
Previous Article
Next Article

One Response to HR – Separating facts from fads