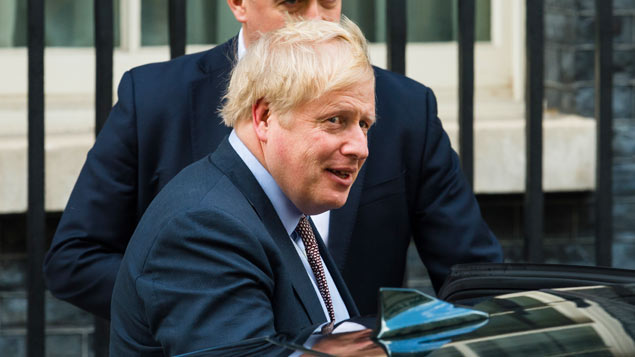 Prime minister Boris Johnson has given the “green signal” for the construction of the HS2 high-speed rail project, which business bodies say will create jobs and drive skills development in the Midlands.

Johnson told MPs that he hoped work would begin on the project immediately and, if so, the first trains “could be running by the end of the decade”.

The first phase of the project, between London and Crewe, is expected to complete in 2028-31, while the second phase – serving Leeds, Manchester and Wigan – will be ready between 2035 and 2040.

Johnson said it will deliver “a vast increase in capacity with hundreds of thousands of additional seats, making it much easier for passengers to travel up and down our long, narrow country.”

“The impact of Brexit has also meant further losses to the available skillsets to draw from, meaning now, more than ever, we need to broaden our talent pools into overseas markets to plug this gap,” – Adrian Adair, Morson Group

“This is about finally making a rapid connection from the West Midlands to the Northern Powerhouse, to Liverpool, to Manchester, to Leeds, and finally permitting us the ability to go forward with Northern Powerhouse Rail,” he added.

Matthew Fell, chief UK policy director of the CBI, said the decision to back HS2 “shows the government’s commitment to levelling up the nations and regions of the UK”.

“The project will bring jobs, new homes, skills and investment to the areas of the country that need them most. Once built, HS2 will bring much needed capacity to our railways and help to realise the government’s promise of an ‘infrastructure revolution’ for the North, Midlands and beyond,” he commented.

While recruiters have been “poised and ready” to attract, train and place the thousands of workers that will be needed for HS2, suggested Adrian Adair, COO of recruitment firm Morson Group, the skills gap will be the biggest barrier to its delivery.

He said: “The impact of Brexit has also meant further losses to the available skillsets to draw from, meaning now, more than ever, we need to broaden our talent pools into overseas markets to plug this gap. Mr Johnson’s recent announcement to launch an Australian-style points-based immigration system could help to alleviate this pressure, with us able to attract much-needed talent that’s sensitive to the needs of HS2.

“Today’s primary school children are HS2’s future train drivers and engineers. It’s also significant that we make apprenticeships the norm, whilst changing people’s perceptions of rail, to make this sector aspirational to all.”

Adair claimed that organisations working on HS2 are set to create some 2,000 apprenticeships.

“Together with carving out rewarding careers for tens of thousands of white- and blue-collar workers, the major project provides a clear pipeline to drive the next generation into engineering,” he said.

“What’s clear is that there’s no one-size-fits-all solution. But what is certain is that solving the UK’s skills problem should be top of the supply chain’s agenda to unleash HS2’s true potential in building a healthy and resilient UK economy.”

Mike Cherry, national chairman of the Federation of Small Businesses, said: “This is a crucial infrastructure project which will bring economic benefits both during its construction, and in the capacity and productivity improvements it will create once it’s operational.”