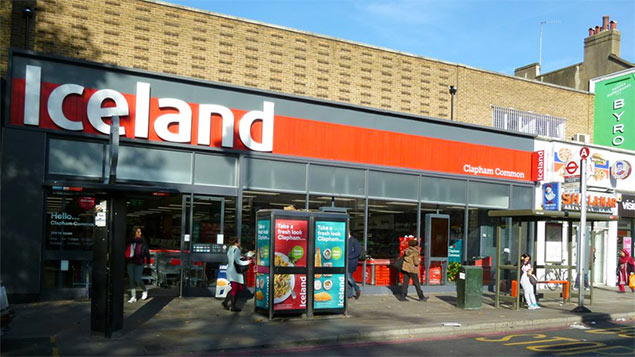 Iceland Foods says it could take HM Revenue & Customs to court over a minimum wage dispute concerning a Christmas savings scheme the supermarket runs for its staff.

Sir Malcolm Walker, Iceland’s founder and chief executive, described the dispute as “madness” and said that HMRC has accused the business of underpaying staff by about £3.5m per year over a six-year period. As well as approximately £21m in back pay, Iceland could face significant fines.

Iceland staff participating in the voluntary savings scheme can put aside money from their wages into a separate “account” and can opt to withdraw the money on demand, typically at Christmas.

Which elements of pay count for the purposes of calculating whether or not the national minimum wage has been paid?

But Iceland says that the HMRC Minimum Wage Task Force has told the supermarket it is breaching national minimum wage rules, because the pay of staff who were setting money aside had technically fallen below the statutory pay threshold.

A separate disagreement has arisen from Iceland’s guidance for retail staff to wear “sensible shoes”. Iceland provides warehouse staff with safety shoes free of charge. But HMRC says staff choosing to buy their own shoes would have seen their pay drop below the minimum wage rate.

Iceland, which was voted the Best Big Company to Work For in 2012 and 2014, said HMRC wanted it to refund store staff for two shoe purchases a year, at a notional value of £20 each, going back six years, or it could face a fine.

According to the Times, Sir Malcolm said the supermarket, which employs 25,000 people, was prepared to go to court if necessary. He also written a document entitled “The Campaign for Common Sense” which highlighted the “growing red tape and bureaucracy affecting business”.

Writing in Retail Week last year, Sir Malcolm said of the Christmas Club: “There is no obligation to join, or to spend the proceeds at Iceland, and they can get their money back at any time.

“But because the money is kept in a ring-fenced Iceland bank account, HMRC claims that it counts as a deduction for our benefit, and might just push some employees below the minimum wage threshold.”

He explained that the introduction of the national living wage has brought Iceland’s pay rates much closer to the legal minimum.

A spokesman for Iceland said: “We are naturally somewhat irked at being pursued at potentially huge cost for a technical breach of the minimum wage rules over a voluntary deduction which has already been repaid in full to all the participants.

“The action seems particularly ill-timed given the well-publicised pressures from business rates and declining footfall from which all high street retailers are suffering.”

In November 2018, the total saved and repaid to employees in the Christmas Club was more than £3.7m. The money is entirely ring-fenced, in a separate account, controlled by an independent trustee company, whose directors are unconnected to Iceland.

HMRC said it did not comment on individual cases.

Staff uniform requirements have led a number of household names being named and shamed. Last year HMRC announced that Wagamama failed to pay £133,000 to 2,630 staff.

This ruling arose from the restaurant chain asking front-of-house staff to wear casual black jeans or a skirt with their Wagamama-branded top. HMRC ruled that this expense led to employees’ pay falling below the minimum wage rate.

In 2015 Monsoon Accessorize underpaid 1,438 workers by more than £100,000 because it required them to wear its clothing, available at a discount, in its retail stores.