French worker awarded €40,000 because his job was boring 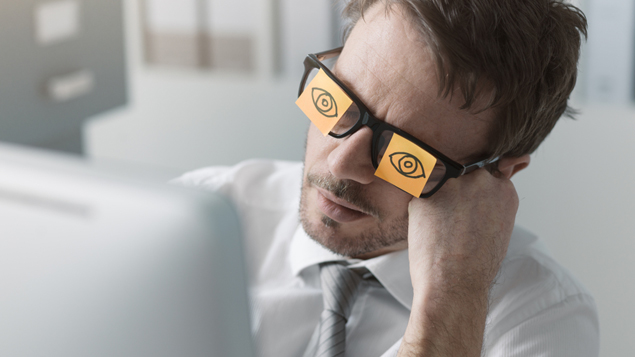 An employee of a luxury perfumes manufacturer has been awarded €40,000 in compensation by a French court after it was found to have inflicted extreme boredom on him, which amounted to harassment.

Frédéric Desnard had so little to do at his job at Interparfums – which manufacturers Jimmy Choo and Karl Lagerfeld perfumes, among other designer brands – that he suffered from “bore-out”, which caused his health to deteriorate.

Why performance management and engagement should be linked

The term “boreout” was coined by Swiss business consultants Peter Werder and Philippe Rothlin in 2007, and can result from an absence of meaningful, challenging tasks. Like the opposite condition of burn-out – which occurs as a result of prolonged stress – symptoms can include depression, headaches and insomnia.

The Paris appeals court was told that Desnard was put in a role with little to do in 2010. He said: “No one cared if I arrived at 9am or 10am. I had to buy some supplies – a few sheets of paper – and then my day was over.”

Tasks included configuring the CEO’s tablet and letting tradespeople into his manager’s home.

He remained in post until 2014, when he suffered a nervous breakdown and took seven months off work. He was later dismissed for his prolonged absence.

Desnard described his time at the company as a “slow descent into hell” and said his role amounted to “daily humiliation”.

The court found a link between the boredom he suffered at work and the deterioration of his health. It ruled that Interparfums had inflicted upon him “boredom and a lack of activity” which amounted to a form of harassment.

According to the Telegraph, it is thought that up to a third of France’s workforce suffer from “bore-out” because of strict legislation that makes it difficult for employers in the country to dismiss employees whose posts become redundant because of technological or economic change.

The judgment is unlikely to have ramifications for employers in the UK, but employers should monitor whether reduced workloads were having an affect on employees’ mental health, said employment lawyer Mary Goldsbrough from Capital Law.

“One of the effects of COVID-19 has undoubtedly been reduced workloads for some employees, which can lead to feelings of boredom, work related stress and depression. This is particularly likely to be the case where employees have a pre-existing mental health condition,” she said.

“Employers have a duty to ensure, as far as possible, the health, safety and welfare at work of all their employees. One of the ways in which employers can manage mental health in the workplace is by creating and encouraging a workplace culture where employees feel able to talk about their mental health.

“Employers should be encouraging open conversations about this, and pointing any employees who are struggling to sources of support. Line managers in particular should be given guidance in how to spot signs that a team member may be struggling, and understand what support and possible adjustments may be available to assist them.”

One Response to French worker awarded €40,000 because his job was boring