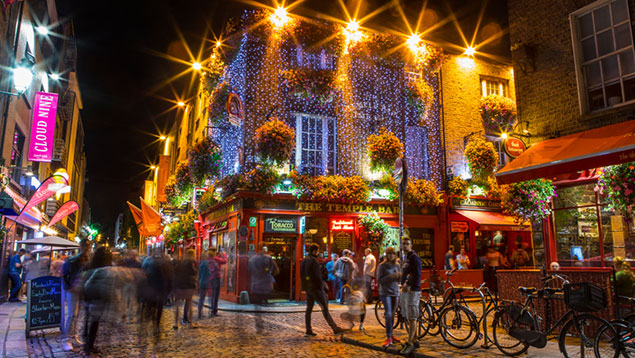 The Irish government has said it will end most zero-hour contracts in the country by summer as its Employment (Miscellaneous Provisions) Bill completed its final stages in the Seanad (senate) earlier this week.

The bill has been described as the most significant change in employment law in the country for years and one employment specialist said some of its provisions could send “shock waves” around some sectors.

When finally passed in spring 2019, the new law, claimed the government, will prohibit zero-hour contracts “except in situations of genuine casual employment” or when they are used to provide cover “in emergency situations or to cover short-term absence”. This equates to most circumstances, a spokesperson explained.

Employment law changes in 2019 – eight to look out for

The bill will also establish new rules on banded hours, where an worker’s contract provides for fewer hours than they are actually required to work. Under the new law people would have the right to be placed on a more accurate weekly band of hours.

It is argued that this would help workers better demonstrate their correct employment status, improving their access to credit, including mortgages.

Minister for employment affairs and social protection Regina Doherty described the bill on Wednesday as “one of the most significant changes to working conditions in a generation” and pledged it would be commenced in the first week of March 2019.

First, the bill must pass one final stage in the Dáil before it becomes law.

Sinn Féin Dáil member for Waterford David Cullinane said that his party’s amendments on banded hours had been included in the final bill and he welcomed that it would come into force in spring.

“The current bill has two critical amendments from Sinn Féin in it. The first is the banded hours scheme, the second is the 12-month look-back period for qualification for the bands,” the Waterford TD said.

“These will have a significant and positive affect on the working lives of thousands of precarious and low-paid workers.”

Further provisions in the bill will:

Doherty added that the laws would “profoundly improve the security and predictability of working hours” for those on insecure contracts.

“In a changing world, this reform ensures that the legal protections for all workers will match the conditions experienced by a modern workforce and make a real difference in the lives of thousands of workers,” she said.

She said it would have particular relevance for those in the tourism, retail, healthcare and hospitality sectors where casual work was commonplace. She added: “It is one of the biggest developments in the employment landscape in Ireland for years.”

Hynes said that Lewis Silkin had been “receiving a lot of queries from employers trying to understand if they can rely on their current arrangements as being genuinely casual, thereby getting around some of the provisions in the bill.

“There is no statutory definition of genuinely casual but in most cases (regardless of the wording in the contract) it is the day-to-day reality of the working arrangement that will be important. A lot of these contracts are unlikely to be considered genuinely casual. This will definition will have to be clarified through any cases arising out of the legislation.”

We’ve been receiving a lot of queries from employers trying to understand if they can rely on their current arrangements as being genuinely casual, thereby getting around some of the provisions in the bill” – Linda Hynes, Lewis Silkin

She described the cost impact on some industries as being huge. This was particularly the case “if they don’t audit and adjust some of their current working arrangements.”

“One saving grace of the final bill is that a section in the original bill, which sought to criminalise bogus self-employment and placed a significant burden on employers when looking to engage self-employed persons, has been removed. While we are not faced with this issue being put on a statutory footing right away it is still being considered and will come back in some form or another.

“Any legislative measures around this will certainly impact many companies who use self-employed contractors and will cause shock waves in the gig economy.“

The bill chimes with Labour Party policy in the UK which has said that it would ban zero-hours contracts “so that every worker gets a guaranteed number of hours each week”.

Labour, once in power, says it will “strengthen the law so that those who work regular hours for more than 12 weeks will have a right to a regular contract, reflecting those hours”.