By John Eccleston on 28 May 2013 in Employment law 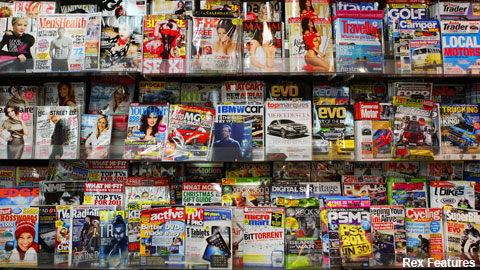 A letter published by the Guardian newspaper by a group of human rights and equality lawyers suggests that stocking men’s magazines featuring scantily clad women – and requiring female employees to handle and sell them – could result in sex discrimination claims against employers.

The letter states that “displaying these publications in workplaces, and/or requiring staff to handle them in the course of their jobs, may amount to sex discrimination and sexual harassment contrary to the Equality Act 2010”, and urges employers to refrain from stocking them.

However, the letter’s claim was questioned by employment law trainer and XpertHR consultant editor Darren Newman, who suggested today’s reports were little more than the result of a slow news day.

In a blog post, Newman said: “As an academic exercise, it is possible to formulate all sorts of potential discrimination claims based on common employment practices. But these hypothetical cases can only become real if an actual employee brings a claim. The case is then decided not on some abstract basis, but with the facts of a particular case in mind.

“Do we have any evidence of employees actually feeling upset or humiliated? If an employee gets dismissed for refusing to handle issues of Zoo magazine then I’ll happily cheer her case on – and I’m sure that one of the letter’s signatories would be delighted to represent her on a pro bono basis. But until the case actually arises, I don’t think it’s helpful to frame an abstract argument.”

Newman added: “We need discrimination law to protect real people from serious ill treatment. The problem with arguments such as those put forward in this letter is that they feed into the ‘political correctness gone mad’ and ‘you can’t do anything these days’ narrative that is used to undermine support for discrimination law generally. I don’t think it’s a good idea to add fuel to that fire.”