Listen in: Why audio is your secret recruitment advertising weapon 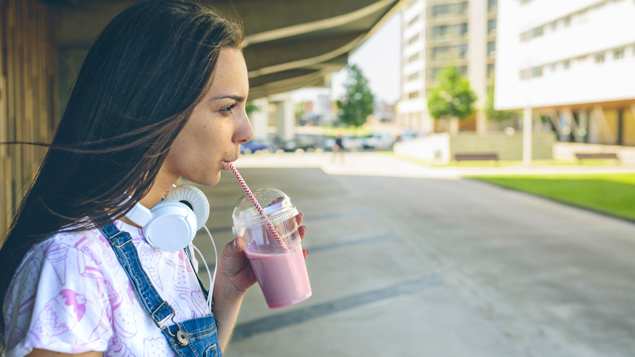 One of the newest categories in the RAD Awards is for audio recruitment advertising – whether that’s via radio, streaming services or podcasts. Jo McCrostie, creative director at Global, the media and entertainment group, considers the power of audio to reach a captive audience of candidates.

Have you ever noticed that everyone around you is always listening to something? And I’m not just talking about commuters with their headphones in. People are always listening. Whether that’s to another person, the radio or inconspicuous background noise, sound is one sense that we simply can’t switch off.

The RADs celebrates the most creative, the most effective and the most influential work in the recruitment advertising industry.

The hearing organs start forming when a foetus is just three weeks old. At around 25 weeks, a foetus uses sound to create new memory circuits with meaningful associations. At 36 weeks a foetus can tell the difference between different moods based on what it hears. From the womb until the moment we die we are inescapably surrounded by sound.

Strange then that with digital, the audio strategy falls to the back of advertisers’ priorities, especially when you think that nearly 22 million people spend around 11 hours every week listening to connected audio. Sound clearly plays a central role in our lives. And it should, so why not in marketing too?

The truth is that marketers are so dependent on visual branding that audio tends to come later in the priority list. No one can deny the power of a visually impactful ad to capture your attention, but sound has a unique strength. A listener doesn’t have to actively engage with the content for the messaging to come through. Even background noise is picked up and processed by the brain.

So sound is important. But can brands really be as creative with sound as they can with visual advertising? The answer is yes.

At Global, we have our own resident sound head called Fritz (A Neumann KU 100 Dummy head microphone). Fritz travels all over the world recording a variety of situations and experiences; he has found himself in the middle of crime scenes in Birmingham, at the centre of pool parties in Crete, and he has even performed with comedians on stage at the Edinburgh Fringe Festival.

Fritz records sounds exactly how we hear them, allowing listeners to experience a situation as if they were actually there. Distance, sound and volume are all factors that are constantly changing in reality, and Fritz allows us to replicate these factors to give the listener a realistic three-dimensional aural experience.

The effect of 3D is so immersive that the listener is actually “dropped” right within the acoustic setting.

They can hear and sense all the elements and action around them. Because they can’t actually see anything, the brain creates associated images that are more personal and relevant to each listener.

If you ask a person to imagine a beautiful landscape or epic car chase, they never dislike the image they see in their head. We like the sound of things better than we like the look of things.

But creativity in audio extends beyond the way it’s made.

When it comes to digital audio, we certainly have come a long way since the invention of the radio. Dynamic audio allows marketers to target consumers on the move in real time.

DAX (our programmatic audio platform) is a natural bedfellow for other media channels adding reach, relevance and engagement to a campaign.

Imagine walking past a billboard for a soft drink brand that you see everyday; the image initially grabs your attention but then starts to fade into the background over time.

Imagine now walking past the billboard and then listening to an audio ad by the same brand, which elicits memories of a refreshing drink on a summer day.

We now have the ability to target specific demographics aurally, allowing marketers to ensure that their messaging is being fed to the people who are most likely to engage with it.

Moreover, dynamic audio can be produced using a creative template that can be personalised to individual listeners in real time.

A recent recruitment advertising campaign for internet service provider Internode sent out a message in Klingon (with other versions also recorded in Middle Earth Elvish and even Dothraki, the language used in Game of Thrones).

The call to action was a clarion call to all of the suppressed geeks out there: Internode wants them – and if they could translate what they had just heard – then they were just the people it wanted.

Listen to the winner of 2017’s RADs audio category

Jo McCrostie is creative director at Global, the media and entertainment group.
View all posts by Jo McCrostie →
Previous Article
Next Article