Majority of women do not believe they face discrimination at work 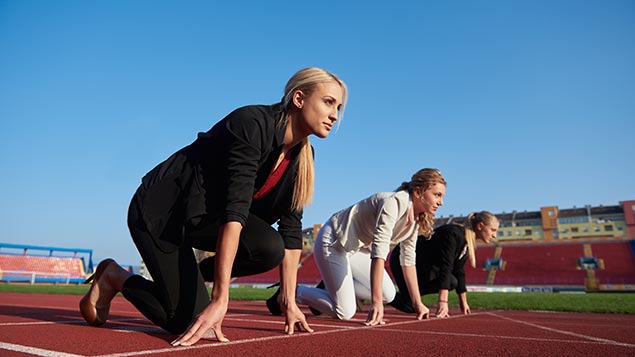 The majority of women feel their workplace treats them fairly, according to research from the Great Place to Work Institute.

Its report Women at work: is it still a man’s world? claims that, despite official reports of discrimination in pay and promotion, most women accept their work situation and do not feel worse off because of their gender.

It also found no evidence to support the argument that women lose out on senior roles because they take time out to raise a family, with senior men and women actually demonstrating similar lengths of service (although this time would have included any periods of maternity leave).

Other key findings in the report included:

Tom O’Byrne, Great Place to Work CEO said: “Despite the legal requirement to ensure gender equality in the workplace, many organisations are unaware that for many employees the reality is different.

“Gender equality is important as it helps build a strong workplace culture which research shows drives engagement and productivity. This report will help organisations better understand what’s going on in their business at a deeper level and do something about it, so that all employees have the chance to reach their full potential, as well as making the organisation more attractive to potential employees.”

Great Place to Work Institute suggested that women tended to be happy with their relative treatment at work for several reasons:

“This report will help organisations better understand what’s going on in their business at a deeper level and do something about it, so that all employees have the chance to reach their full potential” – Tom O’Byrne

Marianna Roach, author of the report and Great Place to Work head of research, said: “Employers need to pay closer attention to the specific differences between men and women’s experiences, rather than just focusing on the overall results. That will help them identify and address any inequalities such as making pay and promotions more transparent, and ensuring their policies and practices are gender and age relevant.

“For example, organisations may need to focus on their flexible working and childcare programmes to keep their talented women in the 35-44 age group; expectant dads may welcome workshops just as much as women. Some employers offer Women Networks. These offer a range of support such as career coaching, role models, help with image and a whole host of other female-friendly opportunities to encourage women’s career development.”

The report represents the views of more than 170,000 UK employees surveyed for the 2014 Best Workplaces Programme in the UK list.