Making the invisible visible – supporting neurodiversity in the workplace 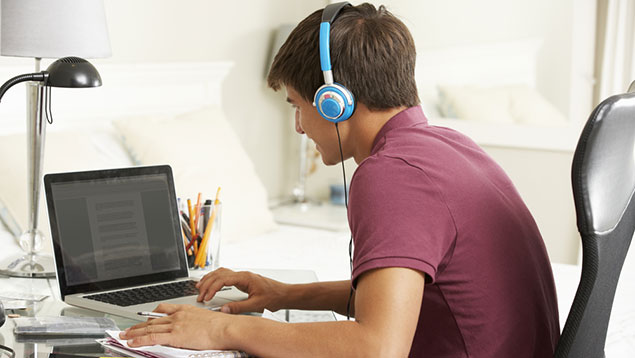 It is estimated that just 59% of people can be considered “neurotypical”. With prevalence data like that, we have to assume that neurodiversity is a natural variation within the human species.

Nancy Doyle is a chartered psychologist with a specialism in neurodiversity, disability employment, coaching and assessment. She is the founder and chief executive of Genius Within, a community interest company that provides employment, occupational health and other support to people with neurodisabilities

Neurodiverse people have a cognitive profile of extreme strengths and weaknesses, whereas neurotypical people tend to score about the same on all measures. The “diversity” of the neurodiverse is therefore within our minds, as well as between neurodiverse people and their colleagues.

You could call people with neurodiversity “specialists” as opposed to “generalists” – masters of some things but not jacks of all trades. Yet the social and occupational exclusion for neurodiverse people is clear:

Despite the aims of the neurodiversity movement, this is yet to translate into systemic inclusion within society and work.

Since the advent of disability legislation in 1995 with the Disability Discrimination Act, and further to the current Equality Act (2010), we have seen organisations try to comply with the law for all hidden disabilities, including neurodiversity.

However, unlike a visible disability, where an access ramp might be obvious, or visual cues for, say, a hearing impairment, hidden disability adjustments are not obvious. Dyslexia is nevertheless the third most frequent condition reported to Access to Work, the DWP-funded service supporting the recommendation of adjustments.

So, what is being recommended? Neurodiversity adjustments tend to fall into four main categories:

There are also many adjustments an organisation can make without spending any money at all, including:

In a survey I conducted for my PhD research, I found that the most popular adjustments were environmental flexibility, executive functions coaching and feedback flexibility (85% of people reported these three as useful).

Executive functions coaching was rated this highly when the supervisor was included in the coaching set up – useful for ensuring the relevance of the coaching sessions to organisational priorities but also for “connecting” and giving the supervisor space to ask questions and build awareness. Assistive technology was only useful when accompanied by training, showing the importance of implementation.

We have further to go with understanding the different types of inclusion adjustments for neurodiversity, and desperately need long term evaluation of their impact so that we can assess return on investment.

In many large organisations we are starting to see more deliberate inclusion. This is where an employer sees the talents and skills of a neurodiverse group, such as detailed concentration in autism or entrepreneurial problem solving in dyslexia and deliberately recruits groups of people to fulfil a company goal.

Famously this has occurred with GCHQ in the UK, which has been targeting dyslexic analysts to “think outside the box” and Microsoft, which has been seeking autistic coders.

Some in the disability inclusion world feel cynical about this, the push-back is that it is still “otherising” – we are putting people “over there”, not included.

While I can see the validity of the argument, I also think that is not the intent! Companies running deliberate inclusion policies are trying to kick-start inclusion by sowing the right seeds – many of whom will grow and thrive and achieve “breakout” management positions and transfers.

Also, we have to agree that 10 years ago no one had heard of neurodiversity, so the very idea that it would be a cool idea to deliberately include people with disabilities is very progressive.

A real sign of the times changing for disabilities is that this appears to be happening more widely, even if just anecdotally. For example, I have heard stories of Indian call centres where the visually-impaired staff are noted for being faster and more accurate than non-disabled counterparts because their hearing acuity is more accurate.

So how do we make inclusion “part of the way we do things around here”? We have to break down significant barriers and norms to make this happen.

Our systems and processes are not set up for diversity and inclusion – we know this, and we are working on it. In the “D&I” (diversity and inclusion) sector, unconscious bias training is being used more and more to try to help people understand how recruiters and managers are reinforcing social trends against women, people of ethnic minority or different sexual orientation.

While there is certainly unconscious bias against neurodiversity in the minds of many, because it is not always disclosed and it is invisible in many cases, the bias may not be in the mind but in the system.

So, for example, consider the use of interview for a data entry role. Is eye contact necessary for the job? Consider the need for apprentices to prove GCSE-standard grammar before becoming hairdressers or plasterers. Is that level of literacy needed for the job?

We have many “norms” in the way we go about selection and assessment that don’t relate to the job at hand, but they are hard to let go! Systemic inclusion will involve letting these go or at least offering to by suggesting work trials and job sample tests before insisting that people perform at interview.

HR processes repeat the norms throughout a career. Do you need a systems analyst to have team influencing ability? If not, why is it in the annual appraisal? Instead, I recommend adding adjustment conversations to the annual appraisal. Is there anything we can do to support you to work at your best?

Proactivity is the difference that makes the difference for systemic inclusion. Rather than waiting for a performance-related difficulty such as time management, organisation or communication, systemically inclusive employers get ahead of the game.

We can make inclusion part of the way we do things by baking it into every interaction. We can reduce fear of disclosure by including examples and show casing case studies so that individuals realise there is positive intent behind the question.

I’ve seen some fantastic examples of this. For example, International Hotels Group runs an internship programme for people with disabilities called “Change 100” and working out reasonable adjustments is part of its induction process.

Putting things in place early leaves less space for things to go wrong, which preserves the trust of the team and the self-confidence of the employee. You wouldn’t wait for a new employee in a wheelchair to get stuck outside before you put in the ramp, so why wait for an employee with developmental co-ordination disorder (DCD) to get behind on priorities before putting in some executive functions training to help with time management?

When my company provides executive functions coaching (we see more than 2,000 individuals a year UK-wide) it is frequently the case that the first two sessions are unpicking the confidence and relationship breakdowns that have occurred because things went wrong.

Systemic inclusion makes sense financially, it also makes sense in terms of staff dynamism – a room full of homogenous thinkers is not going to drive innovation or performance.

Neurodiversity and disability are part of the diversity and inclusion agenda. Just as you wouldn’t expect to easily sell products to or serve the needs of women if you had a 100% male employee team, your neurodiverse and disabled client base needs representation in your organisational thinking.

For what you expend up from in effort and flexibility, you will reap dividends in talent and loyalty.

A current buzzword in leadership is the “VUCA” world – volatile, unstable, complex and ambiguous. Neurodiverse people have always found the world this way – and we are expert hackers!

NAS. The autism employment gap: Too Much Information in the workplace. London: The National Autistic Society; 2016.