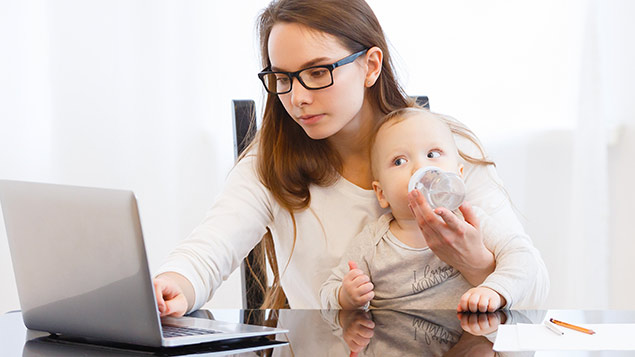 BEIS research suggests 54,000 women lose their job each year because they're a new mum or pregnant

Pregnant women and new mothers returning to work after having children are to receive greater protection from being treated unfairly, under new proposals set out by the government.

A consultation proposes that the existing legal protection against redundancy for pregnant women and new mothers on maternity leave is extended so that it continues for up to six months after they return to work. It will also seek views on giving the same rights to parents returning from adoption leave and shared parental leave.

In January 2017, in response to a Women and Equalities Select Committee report on pregnancy and maternity discrimination, the government said it would “consider further and bring forward proposals to ensure that the protections in place for those who are pregnant or returning from maternity leave are sufficient”.

It’s a multifaceted problem requiring a change in attitude and culture as well as legislation, but stronger legal protection is a very welcome first step” – Mumsnet founder Justine Roberts

The new consultation follows research, commissioned by the Department for Business, Energy and Industrial Strategy, which found that one in nine women said they had been fired or made redundant when they returned to work after having a child, or treated so badly they felt forced out of their job. The research estimates 54,000 women per year may lose their job due to pregnancy or maternity.

Prime Minister Theresa May said: “People in this country already benefit from some of the most rigorous workplace standards in the world, including parental leave and pay entitlements, but we are determined to do even more as we leave the EU.

“It’s unacceptable that too many parents still encounter difficulties when returning to work. Today’s proposals are set to provide greater protection for new parents in the workplace, and put their minds at ease at this important time.”

The government says the proposals exceed current EU requirements on maternity entitlements and parental leave, showing that “the UK is going even further in its commitment to workers’ rights and meeting the challenges of the changing world of work”.

Under the Equality Act, pregnancy and maternity discrimination occurs if a woman is treated unfavourably because of her pregnancy or because she is on compulsory maternity leave.

Business minister Kelly Tolhurst said: “Pregnancy and maternity discrimination is illegal. But some new mothers still find unacceptable attitudes on their return to work which effectively forces them out of their jobs.

“Through the modern Industrial Strategy and the largest upgrade in workers’ rights in a generation, the government is building an economy that ensures everyone can progress at work. That’s why we are looking at ways to further protect new parents by giving them time to re-establish themselves in the workplace and show the value they bring to their employers.”

Justine Roberts, founder of Mumsnet, said: “Mumsnet users talk a lot about pregnancy and maternity discrimination, and in a 2018 survey 96% of women we surveyed said having children affected mothers’ careers for the worse.

“It’s a multifaceted problem requiring a change in attitude and culture as well as legislation, but stronger legal protection is a very welcome first step.”

Roxane Davey, senior associate at Taylor Wessing said: “Whilst under the current law, all employees on maternity, adoption, and shared parental leave are afforded some protection from redundancy, in that they are entitled to be offered a suitable alternative vacancy (if it is available), the government’s proposal to extend this right for up to six months after they return to work is likely to have a significant impact on the way that employers manage such employees returning to work from family leave.

Preventing employers from making pregnant women and parents returning from maternity leave redundant for a certain period is undoubtedly going to be viewed as crossing the line into positive discrimination” – Beverley Sunderland, Crossland Employment Solicitors

“In light of the government’s desire to remove “red tape” the proposal is interesting, but not out of kilter with the general direction of recent developments in employment law… The proposal comes at an interesting time as this goes further than any EU requirements, and further suggests that Brexit will not have the marked impact on employment rights that was once feared, particularly when it comes to family leave and matters of equality.”

Beverley Sunderland from Crossland Employment Solicitors said: “Introducing legislation to prevent employers from making pregnant women and parents returning from maternity leave redundant for a certain period is undoubtedly going to be viewed as crossing the line into positive discrimination.

“There is a fundamental obligation on an employer to apply fair and objective selection criteria in a redundancy situation and being made redundant simply because everyone else in the pool is either pregnant or returning from maternity leave is neither.

“Hopefully the consultation will highlight these issues and find a better way of dealing with what is clearly a problem – for instance giving the employee a fast track employment route similar to interim relief in whistleblowing cases or setting up a government body which must give approval for a dismissal of a pregnant women or parent returning from maternity leave. This will allow employers to justify genuine redundancies and will discourage those who are discriminating from doing so.”

“While many of the companies we work with already understand the business benefits of family-friendly workplaces, some employers still don’t. Proposals to extend protection from redundancy to new mothers and parents returning to work should go a long way toward protecting their jobs – and to reducing the shocking number of women who lose their jobs due to pregnancy and maternity discrimination.”

She added that Working Families welcomed plans to ensure equal treatment for parents returning from shared parental leave or adoption.

Caroline Baker, senior counsel at GQ|Littler, also highlighted the consultation’s proposal to prioritise employees for suitable alternative roles after they have returned to work: “Employers would need to keep a careful eye on the calendar during any redundancy consultation process involving a recent maternity leave returner and ensure that those who have returned within the last six months are given first refusal on any suitable alternatives.

“Whilst this would affect one step in the redundancy consultation process, and it is an extra process to ensure is carried out correctly, employers already need to be mindful of any sex discrimination claim which could result from a redundancy consultation involving a recent maternity leave returner and so, in and of itself, requiring an extended period of prioritisation should not be too burdensome.”

The consultation closes on 5 April 2019.

This article was originally published on 24 January 2019 and updated with new information that emerged when the government consultation was published.