TUPE or not TUPE? NHS Trust did not unfairly dismiss workers 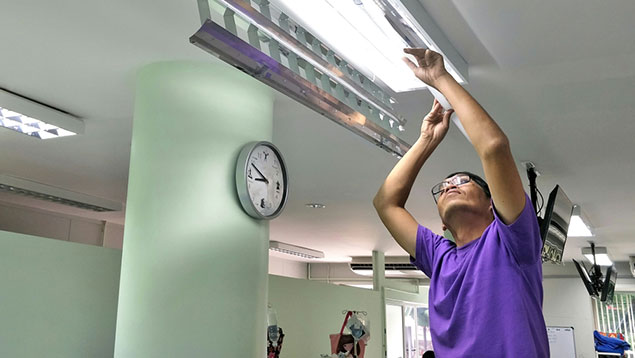 An employment tribunal has found that a hospital trust did not unfairly dismiss 13 maintenance workers because they had not been transferred from their previous employer.

In a case with important lessons for companies involved in complex contracts and TUPE negotiations, Oxford University Hospitals NHS Foundation Trust (OUH) successfully claimed it did not take on the workers after its contract with Scion Technical Services finished on 30 June 2017.

Scion argued that the workers should have been transferred to OUH under TUPE regulations, but the NHS trust did not agree that a TUPE transfer had taken place.

The tribunal found that most of the work carried out by Scion was for OUH, which in 2017 decided to terminate its contract with the maintenance provider and start a re-tendering process. Scion, however, had informed the workers that they would be transferred under TUPE.

The Trust had warned Scion in a letter about its promise to employees, writing: “The trust takes no responsibility for your decision to inform your employees that regulations will apply in these circumstances and encourages you to revisit this.”

Scion had stated that the TUPE agreement was the result of a service provision change.

Employment judge Postle, at Norwich, agreed with OUH that there was no TUPE agreement. The case was heard in June 2018, but details were only published earlier this month.

Scion had a contract to provide services at all of the Trust’s sites, but most intensively at three: the John Radcliffe Hospital, Churchill Hospital and Horton Hospital. Scion had a permanent presence on site and a dedicated space at the John Radcliffe, and had worked with the hospitals since the late 1980s.

Although only a ’first instance’ decision, the judgment is a useful read to all those involved in TUPE in one way or another, as it sets out the current law as well as how tribunals approach the issue” – Nicholas Hall, Hewitsons

Its work was based on a standard measured term contract. These contracts had escalated as the Trust’s needs grew from just requiring electrical work to multiple trades.

With the contract due to expire in January 2017 the judge felt it was clear that Scion did not feel it was likely to gain a new contract because the Trust wanted to introduce new penalties, commercial rates and KPIs with no additional cost.

However, the Trust began talks with Scion to extend the contract to 31 March 2017 to enable the tender process to take place. This was later extended to 31 May as Scion workers were carrying out historical work at the Trust.

Scion wrote to the Trust informing them they had begun the TUPE consultation process in the belief that a further extension to their contract was not agreed as a new contract; the employees would then be transferred to the trust. The Trust’s response, the tribunal heard, did not deny Scion’s belief that TUPE would apply upon the contract ceasing.

The Trust then agreed a further extension until 30 June 2017. But on 8 June it sent a letter to Scion stating: “On the basis of the above, the trust have been advised that there will be no transfer of undertakings as defined in the TUPE regulations. The trust does not consider it has any obligations under the TUPE regulations to offer employment to Scion staff and will not be doing so.”

Scion responded that the contract should not be extended any further but that TUPE should apply, stating: “It is clear that the Trust envisages the continuation of the work on which the employees are engaged, either on an ongoing basis or with effect from the commencement of the retendered contract.”

The Trust responded that it would not bring the NTC contract in-house and that further work would be contracted to other suppliers on a one-off basis. It said there was no transfer of staff under the regulations.

The tribunal stated it found the case difficult because both Scion and the Trust were “selective in their evidence”.

Nicholas Hall, partner at Hewitsons, said the case reflected how difficult it could be for businesses to know whether the TUPE regulations applied when there was a change of contractor.

He said: “TUPE did not apply for numerous reasons, but principally because it was found the Trust did not take the services provided under their contract with Scion back in house. Unless there is a successful appeal, Scion therefore remains responsible for their former employees’ claims.

“Although only a ’first instance’ decision, the judgment is a useful read to all those involved in TUPE in one way or another, as it sets out the current law as well as how tribunals approach the issue.”

Jeremy Coy, associate at Russell-Cooke, said: “For TUPE to have applied in this case, the employees would have needed to show that they were an organised group whose principal purpose was carrying out maintenance work on behalf of the Trust.

“This means that, while employed by Scion, they would have had to have been essentially dedicated to working for the Trust. In fact, however, Scion had four other clients. Although the tribunal found that most of the work it did was for the Trust, on the facts there was not an identifiable organised group of Scion employees.

“The tribunal took into account that the Trust had decided no longer to carry out the same amount of maintenance work undertaken by Scion, whether in-house or via another contractor.

“In brief, there was nowhere for the Scion employees to transfer to and therefore TUPE did not apply.”