By Ashleigh Webber on 10 Dec 2018 in Health and safety, Health surveillance, Occupational Health 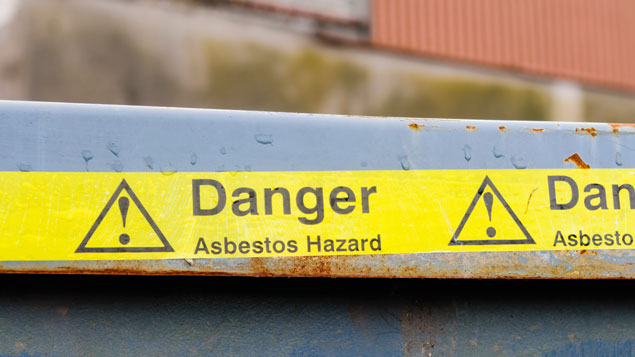 An MP has urged the government to conduct an audit of asbestos at every NHS trust after it emerged nine in 10 trusts have the potentially dangerous material in hospital buildings.

Of the 211 trusts that responded to an inquiry from the BBC, 198 said their hospitals have asbestos present, despite the material being linked to conditions such as mesothelioma if inhaled.

MP Jo Stevens, chair of the All Party Parliamentary Group for Occupational Health and Safety, said the government needed to ensure every NHS trust knows the extent of asbestos present on their premises and has a plan for dealing with it.

“If it’s there it will at some point become dangerous if it’s disturbed or if it deteriorates, so I’d like to see long term plans and long term strategies in place for its removal from all buildings,” she said.

“I appreciate that you have to prioritise what you do and so that’s why there should be an audit of buildings so that the dangerous areas are dealt with first as a priority.”

NHS trusts also revealed that they had received 352 claims by those who had developed asbestos-related diseases in their buildings between January 2013 and December 2017, resulting in £6.8m in compensation being paid out.

Liz Darlison, founder of the charity Mesothelioma UK, said she had lost count of the number of people who had developed the condition as a result of asbestos inhalation in hospitals.

“I’m not surprised, a lot of our hospitals were built in the second half of the last century when we were at the peak of importing asbestos into this country,” she said.

Asbestos, which was banned from use in construction in the 1980s, is considered safe if it is undisturbed, but building work can release fibres and cause health complications if inhaled.

NHS Improvement said experts are brought in to safely remove asbestos when building work is undertaken in its hospitals.

According to the Health and Safety Executive there were 2,595 mesothelioma deaths in 2016, which it said was largely the result of occupational asbestos exposures.