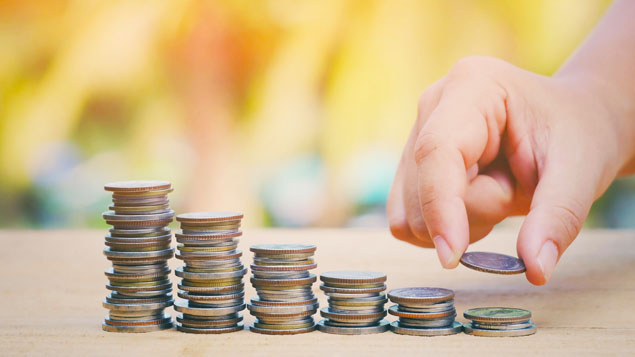 Pay award expectations in the private sector have increased to 2.5% after years where 2% has been the norm, as employers plan to increase salaries to attract talent.

The 2.5% basic pay increase is the highest expected figure since the CIPD and Adecco Group began tracking pay award expectations in 2012, and reflects the recruitment challenges many organisations are experiencing.

Pay awards for 2019 moving in a ‘very positive direction‘

However, predicted pay growth in the public sector has fallen from 2% to 1.1%, further widening the gap between private and public sector pay.

The latest Labour Market Outlook suggests that skills shortages will continue to put pressure on wages. Starting salaries are a particular area of growth, with 66% of private sector employers reporting that they have increased new starters’ pay in response to recruitment challenges, compared with 56% in the previous quarter.

Conversely, only 27% of public sector bodies are increasing starting salaries in response to talent shortages, compared with 43% that reported they were doing so last summer.

“While the private sector is more willing to spend money in response to recruitment and retention challenges, the public sector’s hands are tied,” said Jon Boys, labour market economist for the CIPD. “Employers will need to think far more creatively about how they attract, develop and retain their staff to boost both skills and productivity.”

Pay awards have been on the up for some months, with XpertHR reporting that the 2017-18 pay bargaining year ended at 2.5% despite a slight dip at the end of the period.

For any sustained improvement in pay, employers must look at how productivity can be improved, Boys suggested. Only 36% of the 1,254 organisations polled said that productivity was a priority and only half used the term when discussing organisational performance.

“If we can improve how managers train, develop and apply people’s skills at work, our businesses will be much more productive. Productivity is 22% lower than it would have been if the pre-financial crisis trend had continued. As a result, pay growth is woefully behind,” Boys said.

The labour market also appears to be shrinking, with the report’s net employment balance – the difference between the proportion of organisations that expect to increase staff levels and those that expect a decrease in staff numbers – falling to +20 from +26 last summer.

Seventy-one per cent of employers with vacancies report that some positions have been difficult to fill, compared with 64% in the same quarter last year. The problem is more acute in the public sector where 77% of organisations report recruitment problems, versus 69% in the private sector.

The British Chambers of Commerce reported in January that recruitment difficulties reached a record high in the final quarter of 2018, with 81% of manufacturers and 70% of firms in the services sector struggling to fill vacancies.

Alex Fleming, country head and president of staffing and solutions at the Adecco Group UK and Ireland, said: “The UK recruitment market maintains positive levels of demand despite the imminent uncertain future. Even though there has been a fall in the net employment balance, employers seem to be adapting to the idea that a skills-short market is a fact of life, and they are getting on with things regardless.

“Raising wages to attract or retain staff is certainly one option and a short-term fix, but the employers that will excel in our current environment will be the ones that think more holistically about their talent strategies.”