By Ashleigh Webber on 19 Nov 2018 in Brexit, Right to work, Latest News, Immigration 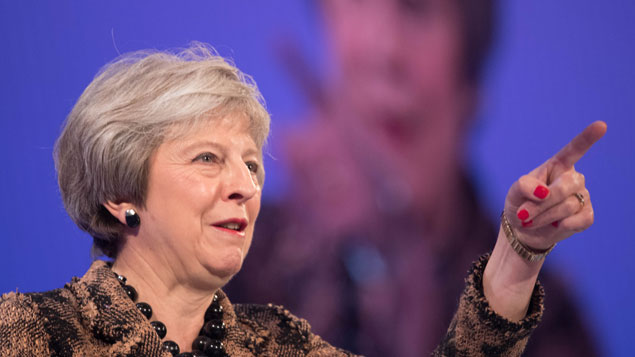 Prime minister Theresa May has said the UK’s future immigration system will no longer allow EU nationals to “jump the queue” ahead of skilled migrant workers.

In a speech at the CBI today, May said that the UK values the contribution that immigration has made to society and the economy for many years, but she wants an immigration system that “works for business” and places more emphasis on skilled work.

She said: “Once we have left the EU, we will be fully in control of who comes here.

“It will no longer be the case that EU nationals, regardless of the skills or experience they have to offer, can jump the queue ahead of engineers from Sydney or software developers from Delhi.

“Instead of a system based on where a person is from, we will have one that is built around the talents and skills a person has to offer.”

She said the post-Brexit immigration system will allow the UK to attract the “brightest and best” from around the world, using a streamlined application and entry process.

“Free movement of people is ending and a new immigration system represents a seismic shift – one that firms across the country need time to adapt to,” she commented.

“A false choice between high- and low-skilled workers would deny businesses, from house builders to healthcare providers, the vital skills they need to succeed.

“The best way to build public confidence is through a migration system based on contribution, not numbers.”

He said: “We know we need to increase the number of UK trained health professionals, especially nurses. The recommendations on salary thresholds and having no need for a so called ‘lower skilled’, lower wage, route into the UK would cut off the supply of nurses from overseas and there would be no mechanism for employing people into care worker roles.

“It would be completely unacceptable to allow vital social care services to close under the strain of not having the people required to provide the necessary care.”

A false choice between high and low skilled workers would deny businesses, from house builders to healthcare providers, the vital skills they need to succeed,” – Carolyn Fairbairn, CBI

May claimed the immigration system would give young people greater access to training and skilled employment, and encouraged employers to help deliver placements to students undertaking the new T-level qualifications, which expect to deliver technical training.

“For them, it could be an amazing opportunity to build their skills, learn from your team, and test out what they have learned in an industrial environment,” she said.

“For you it is an opportunity to build the pipeline of skilled young people coming into your industry – broadening and deepening your skills base.”