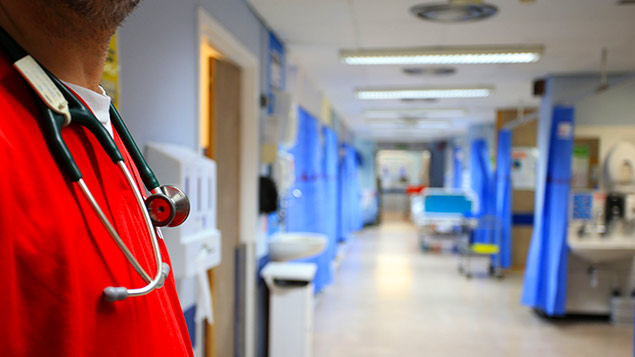 NHS vacancies are running at more than 90,000 per quarter, newly released statistics reveal.

The figures, from NHS Digital, are the latest available and cover the period from 1 July to 30 September, the third quarter of 2018, when overall there were 93,964 advertised vacancy full-time equivalents in England. This figure included 37,917 vacant nursing and midwife posts.

NHS alarm at supply chain and workforce implications of Brexit

Nursing and midwifery was the area in which there are the most vacancies with over 70,000; up by more than 10,000 from the equivalent period in 2016. The East of England and the North West were the regions with most nursing vacancies (4,353 and 6,138 vacancies respectively).

There were 20,274 administrative and clerical service vacancies, the next highest group.

Danny Mortimer, chief executive of NHS Employers, said the figures were more evidence of the huge pressure the health service was under, and that year-on-year, the rise in vacancies was 6,000 – an increase of almost 7%.

He added: “I see a real commitment from the national NHS leadership to implement the Long Term Plan, as well as more pressing actions that must be taken to address this grave situation. It is clear, however, that the NHS will need support from other parts of government to improve the recruitment and retention of our people.

“The immigration white paper, apprenticeship levy, public sector pensions and our training and education budgets all need addressing with reform or investment, and with some urgency.”

NHS England said it needed three measures from the government to help it make full use of the apprenticeship levy:

On immigration policy Mortimer said: “We must also be able to strengthen the pipeline of talent from all corners of the globe, as it will take time to build up more domestic supply and there is still a great deal of uncertainty for our EEA colleagues over a future immigration model. We also await confirmation over whether the £30,000 salary threshold for migrant workers will be imposed.”

Last month Mortimer said the proposals in the Immigration White Paper did not provide a long-term solution to the needs of the NHS across nursing and other professions. He said: “They [ministers] continue to confuse high pay with high skill and high value: the staff from the UK and around the world working in the NHS and social care do not command high pay but are hugely skilled and provide vital services to our families.”

In a further sign of the pressure on the NHS it also emerged this week, from figures published by the Welsh Audit Office, that NHS spending on agency staff in Wales had risen 171% in the past seven years. Most of this was spent to provide cover for vacant positions.

The financial watchdog said NHS spending on agency and locum staff reached £135.7m in 2017-18. Escalating hourly rates charged by agencies, an increase in demand for services, and difficulties recruiting and retaining staff were the main factors behind the rise.

The report added that 82% of agency spend so far in 2018-19 was spent on providing cover for vacant positions.