Raheem Sterling case: What actions can employers take for incidents outside work? 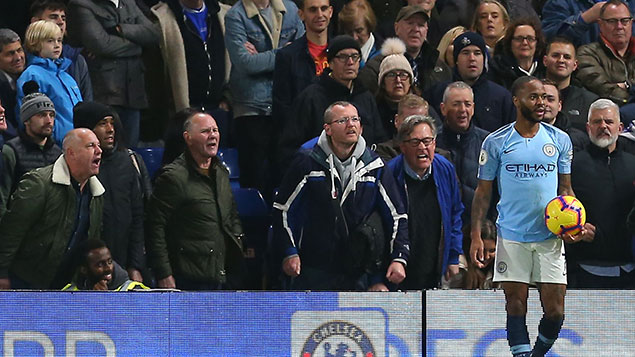 Chelsea supporter Colin Wing recently lost his job in connection to alleged racist abuse he made against Manchester City player Raheem Sterling. What legal routes are available to employers who have to deal with misconduct by staff outside work? Harry Abrams from Seddons explains.

Letter confirming the dismissal of an employee for misconduct

There is a common misconception that if misconduct does not happen at work, an employer is unable to take disciplinary action against the employee. However this is certainly not the case.

The case of Raheem Sterling and the abhorrent alleged racial abuse he suffered from opposition fans during a Premier League match has been the subject of much talk and debate.

The individual, who was caught on camera making the alleged racist slurs, confirmed in the immediate days after the incident that he had lost his job.

From the press coverage it’s difficult to know the exact reason given by his employer for his dismissal, but there are potentially two approaches that the employer could have taken to lawfully dismiss him.

The first is the more traditional misconduct route. Assuming the individual had over two years’ service with his employer, the company would be required to undertake a fair process involving a disciplinary hearing where they presented him with evidence in relation to the allegation and asked if he had any defence or mitigating circumstances.

Despite the fact that the incident happened outside of working hours and did not involve other employees, a disciplinary hearing and an allegation of misconduct may still be appropriate.

This would be on the basis that his actions brought the company into disrepute as clients and/or employees may associate his actions with the culture of the company as well as the fact it impacts the ongoing trust and confidence in the employment relationship.

It is important to note that in order for his employer to make a finding of misconduct (or gross misconduct), it would only need to establish that it had a reasonable belief that he made the racist slurs and that his actions pertained to the employment relationship (which will be the case if the actions impact the trust and confidence in the employment relationship and/or brings the company into disrepute).

The company does not therefore need to have undisputed proof that the comments were made. For this reason there is generally no need for an employer to await the outcome of any criminal proceedings before taking action against an employee.

Nor will a quashed charge or a not-guilty verdict render a dismissal unfair, so long as the employer held a reasonable belief that the misconduct occurred at the time the company’s decision was made.

Some other substantial reason (SOSR)

The alternative route is to dismiss for “some other substantial reason” (known as “SOSR” for short).

This is arguably the least well known of the five potentially fair reasons for dismissal. The basis of this specific dismissal may well have been that either:

The advantage to this dismissal route is that whether he made and/or whether this employer believes that he made a racist comment becomes largely irrelevant, as the employer is not dismissing him for the comment per se, but rather for the consequences of him being perceived to have made the comment.

It is better evidentially for the client complaint to be in writing and ideally the client would state that they no longer want the employee to work on their account, rather than merely saying they are not happy with the employee.

In larger companies and if applicable, prior to dismissing the employee, the employer could consider moving them to another client.

An employer could also rely on the fact that the employee’s actions have caused an irreparable breakdown of trust and confidence between the employer and the employee.

However on these facts, such reasoning would likely require a belief from the employer that racist and/or overly aggressive language was used.

It is important to note that dismissals under SOSR are usually with notice, while a dismissal following a disciplinary hearing will typically be a summary dismissal (without notice if the finding is one of gross misconduct). This means SOSR dismissals can be more expensive.

Another interesting facet of this incident is that Raheem Sterling could have a claim for race discrimination against his employer, Manchester City, if he felt that Manchester City’s inaction either prior to or following the incident was itself an unlawful act. However, that is for another day.