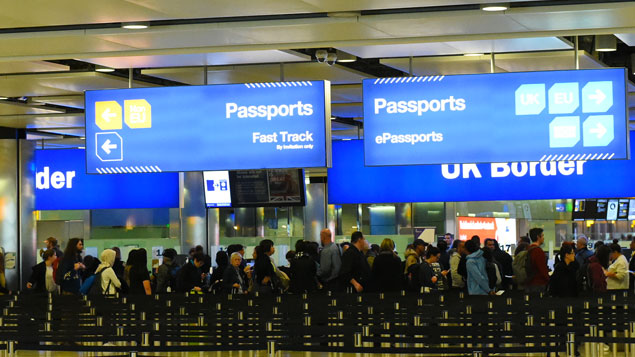 The Tier 2 system is under severe pressure

Business campaigners have called for a radical shake-up to rules governing the immigration of workers at all skill levels.

London First, in a study co-authored by PwC, has called for the re-setting of the salary threshold from £30,000 to the level of the London Living Wage (£20,155) to open up the Tier 2 visa route to a broader range of skills.

Other recommendations included scrapping the net migration target and a review of the shortage occupation list to better align it with economic need, including the UK’s Industrial Strategy.

Alongside these measures, the study calls for action to improve the skills of UK workers, including business-led investment in apprenticeships, T-levels and training.

The report is based on the view that immigration powers the economy in all sectors and at all skill levels, with almost a fifth of the UK’s workforce originally coming from outside the UK (according to ONS figures).

Jasmine Whitbread, chief executive of London First, said that after Brexit, the country needed to “be rolling out the welcome mat to global talent, not slamming the door shut”.

She said: “The rhetoric around immigration is getting in the way of hard facts.

“That’s why we’re calling for a new streamlined immigration system, based on salary and the skills the economy needs, which is overseen by a new independent body to ensure public confidence.

“If we don’t get this right, we run the risk of putting critical sectors and public services in jeopardy with too few people to do the job.”

The report, Global Britain: A fair and managed immigration system fit for the post-Brexit economy, analysed data from the ONS and the Migration Observatory at the University of Oxford on the types of jobs performed by foreign workers. It also evaluated the immigration systems and skills requirements of other countries around the world.

The authors targeted the Tier 2 system as urgently in need of reform, partly because average earnings sit below the current £30,000 threshold in a number of sectors that rely on foreign workers at all skill levels. “We would not want to see a hard stop to access these crucial workers,” it stated.

If we don’t get this right, we run the risk of putting critical sectors and public services in jeopardy with too few people to do the job” – Jasmine Whitbread, London First

The report recognised that the Tier 2 route had “served the UK well in combination with the Freedom of Movement of workers within the European Economic Area, which has helped to fill demand for medium and lower-skilled workers”.

It recommended the government should require all foreign workers to have a job before coming to the UK and should create an Office for Migration Responsibility to act as an official independent migration agency.

Danny Mortimer, chief executive of NHS Employers and co-convenor of the Cavendish Coalition, said: “In England, there are more than 40,000 nurse vacancies and nearly 80,000 care worker vacancies. As demand for services continues to grow, we know we will need to keep the doors open to talented workers from outside the UK, while redoubling efforts to attract and retain more of the best and brightest from the UK into health and social care roles.

“It would be irresponsible for the government to bring the shutters down overnight, especially to those in important lower wage roles such as care workers, or to others performing vital services to the public but who are earning less than £30,000 a year, such as nurses.

“In looking at creating a new immigration system, the report helpfully suggests how the shortage occupation list could be used differently to meet the needs of employers while not compromising opportunity for UK workers, and also rightly challenges the government to consider using other indicators to set a salary threshold.”

He suggested that the report ought to inform forthcoming government proposals on immigration. “In advance of a white paper on immigration, this report provides a valuable starting point for the government to engage with employers across all sectors.”

The threat to the NHS from a disadvantageous Brexit deal was, meanwhile, spelt out yesterday at a Brexit Health Alliance briefing at the House of Commons.