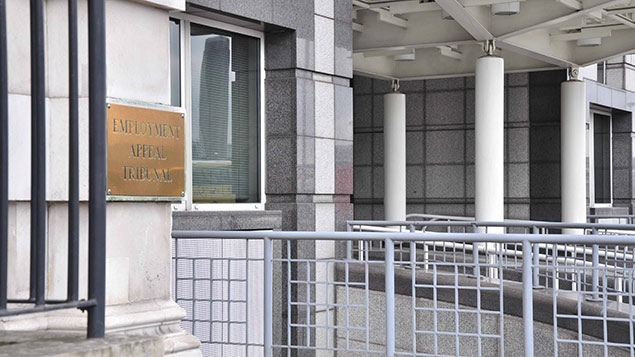 In DLA Piper’s latest case report, the Employment Appeal Tribunal (EAT) granted a restriction of proceedings order preventing the submission of any further claims for an indefinite period against a claimant who brought repeated claims in employment tribunals, most of which were hopeless or vexatious.

Section 33 of the Employment Tribunals Act 1996 enables the Attorney General or Lord Advocate to apply to the EAT for a restriction of proceedings order against a serial vexatious litigant, to prevent him or her making further claims.

An application can be made if a person habitually, persistently and without any reasonable grounds institutes vexatious proceedings (whether or not against the same or different respondents), or makes vexatious applications in proceedings to the tribunal or EAT.

Mr Iteshi had brought a grand total of 30 employment tribunal claims and numerous applications within those claims between 2007 and 2011, none of which were successful. The claims arose from a series of unsuccessful job applications by Mr Iteshi.

Four of the claims were against his own employers, with the remainder against recruitment companies in respect of positions for which he did not have the necessary qualifications. All claims involved direct and indirect race discrimination, most involved sex discrimination and many involved victimisation.

On all occasions, the claims were dismissed or struck out on the grounds that they were either vexatious or had no prospect of success. Costs were awarded against Mr Iteshi in a number of instances.

The EAT estimated that over the course of the 30 claims, the various respondents had incurred legal fees amounting to a six-figure sum.

The EAT made an order preventing Mr Iteshi from bringing any further claims for an indefinite period.

An individual who has conducted unreasonable and vexatious litigation, but who then stops and undertakes not to do so in the future, can avoid a restriction of proceedings order. Mr Iteshi sought to rely on this, but the EAT took the view that there was a realistic possibility that he would bring further vexatious or hopeless claims in the future, given that he did not accept that any of his 30 claims had been unreasonable or vexatious and dismissed the EAT as “crooked individuals hiding behind judicial immunity and their evil cloak of infallibility”.

The EAT acknowledged the predicament of employers and recruitment agencies in a case like this. He pointed out that in an ordinary case where a claim has been brought, it is often possible for the respondent to avoid further litigation by avoiding further contact with the claimant.

That opportunity is not available to employers advertising for employees or to recruitment agencies acting on their behalf. This is because they cannot prevent any particular individual from applying for a role, and any attempt to have no further dealing with a vexatious or serial litigant can result in a victimisation claim.

If a recruitment agency refused to put a person forward for further roles on the basis that he or she had submitted vexatious tribunal claims against the agency in the past, that would amount to a detriment under s.27.

This case is a stark warning for serial litigants and should provide comfort for employers and recruitment businesses alike.