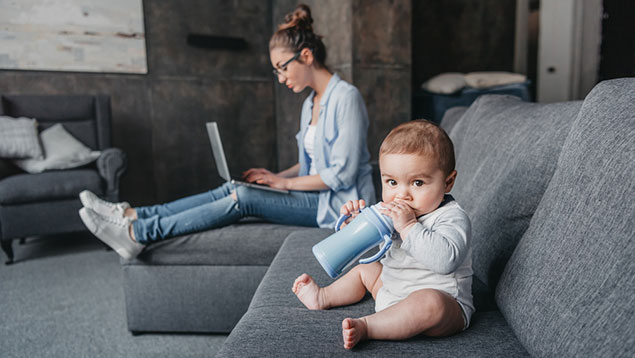 Single parents are the most underutilised major pool of talent in the UK, with almost 200,000 unemployed, according to a new labour market analysis.

A study released today by job site Indeed found that almost 11% of economically active single parents were unemployed, two-and-a-half times the unemployment rate for Britons as a whole (4%), and a higher proportion than all other major pools of untapped talent. The next largest unemployed group was people aged 18-29 (7.3%).

The UK currently has 32.4 million people in work (76%) – an all-time high. This means employers have had to look harder to fill vacancies, the report states, of which there are 845,000 at the moment.

However, the number of single parents who are in work has remained at 1.6 million over the past five years.

According to Indeed Hiring Lab’s Needle in a Haystack: Finding Workers in Today’s Competitive Labour Market single parents constituted 8.1% of all new hires in the second quarter of this year, suggesting that some employers were already recognising the talent on offer within that group.

Why your recruitment and talent strategies need to change

Implications for employers of proposed requirement to publish family-friendly policies

However, the proportion of single parents who were finding new jobs either from unemployment or from inactivity has fallen over the past five years.

There are, according to Office for National Statistics figures, 2.8 million single-parent households in the UK, with 180,000 single parents currently out of work and looking for a job. A further 315,000 are out of the job market while looking after their families but could return to work in the future.

Indeed economist Pawel Adrjan said that with so many job vacancies, employers needed to be more alert to untapped talent pools – which also included people with disabilities and those from an ethnic minority background.

“Many are actively targeting new demographics by introducing incentives like flexible working hours and the ability to work from home – which more and more jobseekers are searching for.

He added: “Integrating and accommodating these groups of employees can require additional investment in training or changing the way the business is organised. But these underutilised demographics should be a strong recruiting ground for employers who are struggling to hire.”

Dalia Ben-Galim, director of policy at single parent support group Gingerbread, said that more had to change in terms of employee benefits before single parents could make a significantly larger contribution to the workforce: “Time and time again Gingerbread hears from single parents who are locked out of work because of the high cost of childcare and the lack of flexible work.

“Single-parent employment levels are high, but we know that more single parents want to work. Employers should be doing more to offer genuinely flexible work, and support with childcare costs. This untapped potential is a loss to employers, to single parents and their children.”