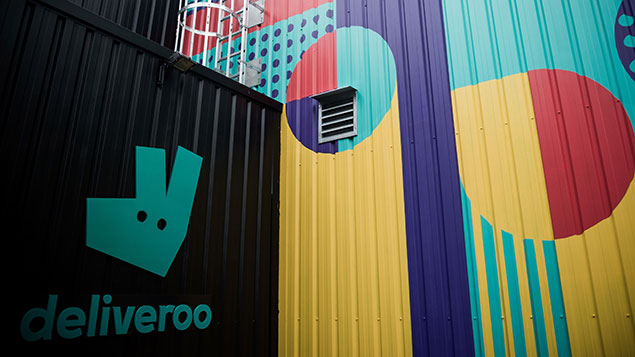 Which employment law decisions will shape 2019? We outline six of the most significant cases in the pipeline – from national minimum wage for sleep-in workers to employment status in the gig economy.

One of the most controversial employment law cases of 2018 saw the Court of Appeal hold that a “sleep-in” care worker in residential accommodation was not entitled to the national minimum wage while asleep.

The decision has a big impact in sectors where staff are allowed to sleep at work until called upon. The Court of Appeal held that national minimum wage legislation requires employers to pay the minimum wage to sleep-in workers only when they are awake and “available” to work.

The Court of Appeal ruling also means that the Government has had to suspend its social care compliance scheme, which was set up to allow care-sector employers to volunteer back payments to sleep-in staff who were previously denied the national minimum wage.

Unison has lodged an appeal to the Supreme Court, where the union will argue that care workers who sleep on-site and can be called upon at any time should be paid at least the minimum wage.

Is failure to enhance shared parental pay discriminatory towards men?

However, Ali explores whether or not it is sex discrimination for employers to enhance pay during maternity leave, but not during shared parental leave.

The Court of Appeal is scheduled to hear Ali and Hextall on 1 May 2019.

In this case, a male worker claimed that his employer discriminated against him because of his sex by denying him the opportunity to take shared parental leave on full pay. Mr Ali failed at the Employment Appeal Tribunal (EAT) stage.

Mr Ali has appealed to the Court of Appeal. A finding of sex discrimination could force employers to reconsider their policies if they provide shared parental pay at the statutory level, but offer increased contractual maternity pay.

The similar case Hextall v Chief Constable of Leicestershire Police is also being appealed to the Court of Appeal in 2019.

Can a whistleblowing claim succeed where decision-maker was duped?

Can the nefarious motives of a line manager who manipulates an innocent decision-maker into dismissing an employee be taken into account in a whistleblowing unfair dismissal case? That will be the key question for the Supreme Court when it hears this case in 2019.

The case involves an employee who blew the whistle over alleged irregularities in the way in which colleagues were offering discounts to customers. She subsequently found herself being put under pressure by her line manager to withdraw her allegations, which she did.

She was later dismissed by the head of operations after the line manager gave evidence in dismissal proceedings that she had not followed up his training recommendations to improve her performance.

The High Court heard IWGB on 14 and 15 November 2018 and its decision was reserved.

In 2018, the highest-profile employment law cases revolved around the employment status of gig economy “workers”. This includes the flagship case against Uber, which the Court of Appeal decided in December 2018.

The cases are important because a finding that gig economy staff are “workers” means that they are entitled to basic employment rights, such as the national minimum wage and paid annual leave.

This trend for cases on employment status will continue into 2019, when we can expect to see:

Restrictive covenant prevents ex-employee from being “interested in” competitors

In 2019, we will find out from the Supreme Court whether or not a restrictive covenant that prevents an ex-employee from being “concerned or interested in” a competitor for six months is too wide to be enforceable.

A senior member of staff within executive recruitment and management consulting group Egon Zehnder wished to take up employment with a US firm. However, she appeared to be prevented from doing so as a result of a restrictive covenant that contained a six-month non-compete clause. The clause stipulated that she should not “directly or indirectly engage or be concerned or interested in any business carried out in competition”.

The Court of Appeal interpreted the phrase “concerned or interested in” as being too wide to be enforceable, since it could even prevent a person from holding shares in a company. The clause was set aside in its entirety, meaning that the ex-employee was free to work for the US firm.

If the Supreme Court agrees with the Court of Appeal, employers may be scrambling to review their restrictive covenants to ensure that they are not drafted too widely.

Trade union legislation makes it unlawful for employers to offer incentives to workers to influence their relationship with unions, for example by paying them to refrain from joining a union. In 2019, the Court of Appeal will hear an important case exploring the legislation’s scope.

In this case, the employer sent letters to employees asking them to agree a pay deal that had been rejected by their trade union. The employer stated in the letters that a result of staff not agreeing to the pay deal on the table was that it would be unable to pay them their Christmas bonus that year.

When the case reached the EAT, it held that the employer offered unlawful inducements when it attempted to bypass collective bargaining with a trade union by making pay offers directly to the union’s members.

This case is a very important one for employers faced with a situation where collective bargaining has broken down with a union and they wish to approach employees directly. Employers should be aware that employment tribunals can order employers to pay a fixed award of just over £4,000 to each claimant, meaning that the financial ramifications for a breach of this legislation can be serious.