Government must fulfil promises to keep carers in work 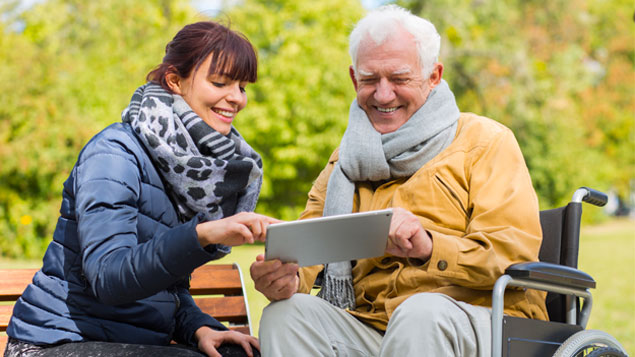 The government has been urged to act on the Conservative Party’s 2017 pledge to introduce specific employment rights for working carers, such as statutory leave, to help keep them in the workplace.

Those who provide 50 hours or more care per week are around 36% less likely to be employed compared with those without caring responsibilities, the Work Foundation has found in a new report.

Why supporting all carers benefits men, women and business

Women are more likely to be affected than men. Only 61% of female carers are in work, compared with 68% of men.

Working age carers, of which there are 2.6 million in the UK, experience “relatively high” poverty rates, often because of having to reduce their working hours or leave the workforce entirely to provide care, the report states. This usually results in loss of earnings, savings and pension contributions.

The report – Who Cares? The implications of informal care and work for policymakers and employers – suggests that more needs to be done to keep working-age carers in employment, particularly as the number with care responsibilities is expected to grow to nine million by 2037 as the population ages.

Employers are missing out on valuable skills because of the UK’s “unsustainable” reliance on informal care, it argues.

Caring responsibilities tend to peak between the ages of 45-64, which is also when staff are most likely to hold senior positions. These are costly and difficult to fill if carers leave the workplace.

“We know that over two million people have given up work at some point to fulfil their caring responsibilities for someone who is older, disabled or seriously ill, when they could be enjoying the benefits of employment,” said Emily Holzhausen, director of policy and public affairs at charity Carers UK.

“This has costs not only for the individual but for employers who face higher recruitment costs, as well as the exchequer, with £1.7 billion in social security benefits paid to people who have left their jobs because of unpaid caring. Another £1.2 billion in taxes on top of that is forgone on lost earnings.”

The report suggested that employers:

We know that over two million people have given up work at some point to fulfil their caring responsibilities for someone who is older, disabled or seriously ill, when they could be enjoying the benefits of employment” – Emily Holzhausen, Carers UK

The Work Foundation’s recommendations for the government include:

Earlier this year the government said it would explore the case for five days’ paid leave for carers and had set up a taskforce to look into how it could promote flexible working.

Dr James Chandler, policy adviser at the Work Foundation, said: “With an ageing population and reduced investment in social care, unpaid carers provide the majority of care in the UK – not doctors, nurses or care workers – and the numbers of carers are only expected to grow.

“With Brexit looming, a reliance on migrant labour in the health and care industry and an ageing workforce, there is a risk of further pressure on employees to leave work to care for family and friends.”