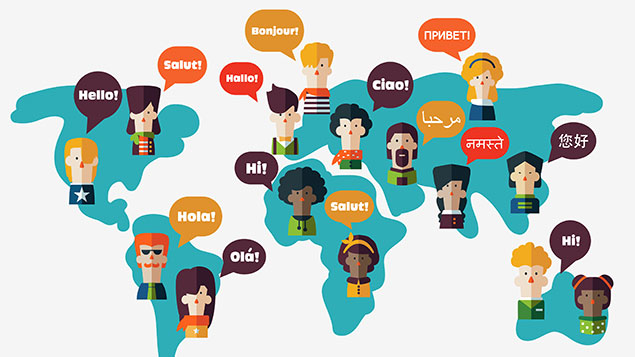 Most organisations have embraced e-learning, but supporting employees in multiple languages can be a challenge. Julie Giguere explains how getting to grips with this process will help L&D to get the most out employees.

Last year, a report into UK L&D by findcourses.co.uk revealed that 94% of the UK’s best-performing businesses felt learning and development was a critical part of their company’s success.

These businesses enjoyed much lower turnover of staff compared to companies spending less than the national average of £300 per employee on training.

An increasing number of employers are also embracing e-learning, not least because it dramatically reduces employee training time by as much as 40% to 60%. Conservative estimates say that every £1 spent on e-learning results in £0.30 worth of productivity.

The number of people in the workplace who were born after the digital revolution and who have grown up using its technology has now reached a critical tipping point in many parts of the world. These people are not only willing and able to study on a digital platform; they expect to be able to do so.

However, companies with staff in multiple countries also need to be aware that employees learn much faster in their own language. Globalising your corporate culture can be one way of showing commitment to an entire workforce.

Whatever language they speak, removing communication barriers can help drive a company forward. By 2017, the global mobile learning market hit more than $12bn and continues to expand at a significant pace.

However, when it comes to localising your e-learning course, it’s important to know that all learners should receive the same consistent message as those in the territory in which the course was originally conceived.

Businesses should be aware of whether a region in which it operates has specific legal or HR codes, as complying with them can be the difference between success and failure in a new market.

Moreover, use of culture-specific expressions can be important in ensuring you distribute identical information in all markets. Not even images, icons and symbols are truly universal.

Localising e-learning modules can involve the translation of text in xml, localisation of Flash animations, voiceovers, subtitles and linguistic and functional testing on the delivery platform.

Each project can require work in multiple languages with the potential added challenge of voiceover work. This can mean that several hundred mp3 files may need to be recorded for each language. This can be no small matter if, for example, different voices are needed for multiple separate characters.

As well as having each audio file checked by a linguist for accuracy and completeness, post-recording quality assurance will be needed to ensure all files are clear and error-free before being incorporated into the builds.

The completed builds should then be released on a rolling basis so that participants can begin training as early as possible.

It may be sensible to spread voice recordings across several sessions for each language, with additional time scheduled into each session for re-recording problematic audio files from the previous session.

This can save both time and money, ensuring that all audio files for each module are completed on time.

The success of such localisation projects requires a high degree of planning and scheduling to avoid unnecessary communications and to keep costs to a minimum. The recording studio and the voice talents should be approved and booked well in advance.

Additional translators should be assigned to ensure audio scripts are translated in line with the your preferences. Voice talents should receive a copy of each script a week before the recording date so that they can rehearse their parts properly.

A meticulous approach to optimising workflow and schedule is instrumental in completing the project on time and to everyone’s satisfaction.

Despite all those moving parts – the benefits of localising your training material for your learners will make the effort worthwhile.