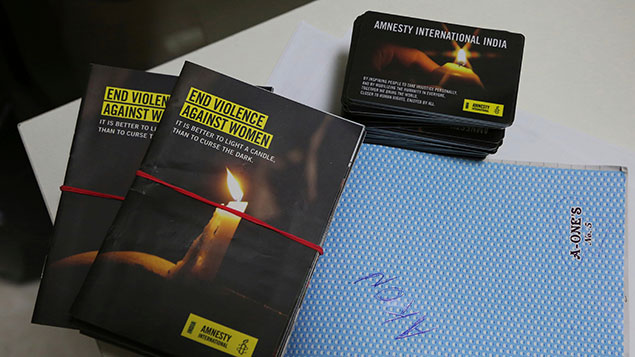 Independent investigations into misconduct at both Amnesty International and Oxfam suggest that toxic workplace cultures can have serious consequences. What practical measures can employers take to foster a healthy and open environment, ask Beth Hale and Pooja Dasgupta?

A recent review of Amnesty International’s working practices, undertaken by KonTerra Group, found that the charity had a “toxic” work culture. It revealed that there had been widespread bullying, public humiliation, discrimination and abuses of power within the organisation.

Not only that, but it uncovered an adversarial culture, failures in management and pressures of workload significantly contributed to wellbeing issues, which is particularly surprising given Amnesty’s mission; namely, campaigning to end abuses of human rights.

Tragically, the report was commissioned after two Amnesty staff members, Gaëtan Mootoo and Rosalind McGregor, killed themselves last year. Troublingly, a review undertaken following Mr Mootoo’s death found that “a serious failure of management” had contributed to his death.

Amnesty is not the only charitable organisation under scrutiny – only last month an independent review into conduct at Oxfam deemed it a “toxic work environment” where bullying went unreported.

Although the situation it describes appears extreme, the Amnesty report should give all employers pause for thought. What can employers do to avoid similar issues in their own workplace and what should employees who have concerns about workplace culture do?

Employees with similar concerns should initially refer to their employer’s policies on raising issues; for example, any grievance and anti-bullying and harassment/dignity at work policies. In the absence of such policies, they should speak to their line manager or HR about any mistreatment without delay, perhaps initially on an informal basis, depending on the circumstances and particular sensitivities.

It is vital for employees to speak up, if they feel able, to avoid matters being repeatedly swept under the carpet. It is also a good idea for employees to keep a record of events to support their account in any future investigation.

While matters may be resolved on a relatively informal basis, it is often worthwhile for employees to seek legal advice at an early stage; for example, in respect of whistleblowing protection, if they are contemplating disclosing details of any malpractice within their organisation.

From an employer’s perspective, businesses should already be taking active steps to prevent discrimination and other misconduct in the workplace, in accordance with their legal obligations.

Failings such as those highlighted in the Amnesty report could mean exposure to a variety of claims, including in relation to discrimination, breach of contract, constructive dismissal, harassment (including potential criminal liability) and personal injury.

The reputational impact can be equally damaging – and seeking to implement a wholesale change in culture can be extremely challenging. Prevention is far easier than cure. Businesses should consider the following:

If, despite taking appropriate preventative measures, allegations are raised internally regarding discrimination or other wrongdoing, those with relevant authority should properly consider the employer’s duty to investigate and any further obligations they might have – from an employment law, criminal and potentially regulatory perspective.

Be sensitive and offer support

These situations require a considerable level of sensitivity, both from the perspective of the complainant and the alleged perpetrator, and employers should consider offering counselling or additional support to all parties involved in an investigation. There may also be issues regarding confidentiality and employers should consider seeking specialist advice regarding managing internal and external communications concerning workplace disputes.

Unfortunately, there will be numerous businesses to whom the issues at Amnesty seem sadly familiar.

For these businesses, it would be advisable to consider undertaking a comprehensive review of their working practices and prepare a robust reform plan. However, it is important to remember that businesses can, and should, always take steps to prevent matters from reaching this point.

It is not acceptable for companies to feign ignorance, particularly considering their own exposure to vicarious liability and reputational damage, and senior management should be mindful of their responsibilities to lead from the front.

Furthermore, taking an active interest in the wellbeing of their employees will inevitably be of long-term benefit to both the affected individuals and their employers, hopefully boosting productivity and morale.