Time for change? Rehabilitation of offenders and the Lammy review 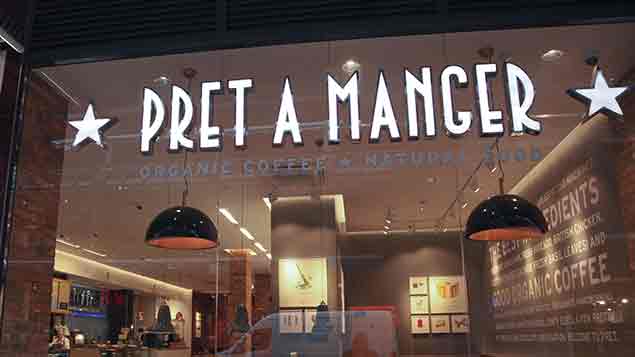 Last month, David Lammy MP published a review recommending that, in certain cases, criminal records could be sealed from employers. Reforms such as this could have positive consequences for businesses and workers alike, argues employment solicitor Catherine Hawkes.

According to the Home Office, reoffending is estimated to cost the taxpayer between £9.5bn and £13bn per year, with half of all crime committed by those who have already been through the criminal justice system.

Part of the problem is thought to lie in the UK’s criminal records regime, which acts as a real barrier to employment for ex-offenders.

It is widely considered that a job removes dependence on criminality for income, boosts self-respect and gives ex-offenders a meaningful role within society. There are also real benefits for employers over and above good PR and altruism, with Pret a Manger, Virgin Trains and Timpson championing the recruitment of ex-offenders.

Last month, David Lammy MP published an independent review into the treatment of and outcomes for black, Asian and minority ethnic (BAME) individuals in the criminal justice system.

As part of his review, he suggests the criminal record system is in urgent need of reform and that a more flexible approach should be adopted for people who have changed and no longer pose a significant risk to others.

Ex-offenders and the law

The key legislation governing the treatment of individuals with criminal records is set out in the Rehabilitation of Offenders Act 1974.

Subject to certain exceptions, a person who has been convicted of a criminal offence but who does not re-offend during a specified period from the date of conviction (the rehabilitation period) is considered to be rehabilitated and their conviction becomes “spent”. Therefore, they will be entitled to hold themselves out as having a clean record.

However, during the rehabilitation period, the conviction is “unspent” and should be disclosed to employers in response to their request for details of the individual’s criminal record.

The length of the rehabilitation period depends on the sentence imposed, not the nature of the offence.

As a result, there is a nationwide campaign to “ban the box”, which seeks to remove the criminal record disclosure tick box from job application forms.

There are also many other more localised campaigns that help employers recruit from some unexpected places, including ex-offenders.

I have worked, for example, alongside the Oxfordshire Community Foundation and recruitment consultant Allen Associates to help create the Open Recruitment Handbook that helps employers recruit from more challenging backgrounds.

There are many good reasons to recruit ex-offenders including:

During the recruitment process, an employer can obtain information about a person’s criminal record by asking the applicant directly, or official criminal record checks through the Disclosure and Barring Service, known as DBS checks.

An employer is permitted to seek voluntary disclosure from a job applicant, employee, worker or volunteer about their criminal records.

A failure to disclose the detail or existence of spent convictions will not be a lawful ground for dismissing any person from employment. Employees dismissed on this ground may bring a claim for unfair dismissal.

Where the role in question falls within one of the excepted occupations, offices and professions identified in the Exceptions Order, an official check of that person’s criminal record history through the DBS should be undertaken.

This will include medics and lawyers, the police and prison service, certain regulated professions such as taxi drivers or financial services, and those working with children and vulnerable adults.

Among the 35 recommendations contained within David Lammy’s review is the proposal for the UK to introduce a US-style mechanism where people can apply to have their case heard by a judge or a body, like the Parole Board, which would then decide whether to seal their record.

Lammy thinks there should be a presumption to look favourably on those who committed crimes either as children or young adults but can demonstrate that they have changed since their conviction.

Another recommendation suggests that the public should understand the case for reform of the criminal records regime and that the Ministry of Justice, HMRC and Department for Work and Pensions should commission and publish a study which indicates the costs of unemployment among ex-offenders.

We would suggest employers, where they can, go one step further.

Remove the tick box the requires job applicants to reveal whether they have a criminal conviction, examine roles that can be offered to individuals with unspent convictions, and consider even recruiting directly from prison.

There is a wealth of support for employers that due, and there are very real benefits for everyone.