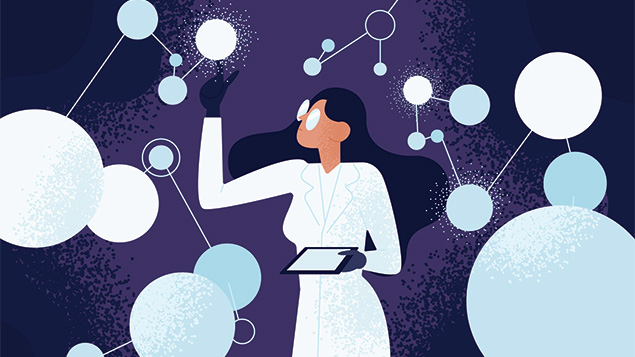 A new year and a new decade usually herald new beginnings. A time to look forward – sometimes with a degree of trepidation. As we start 2020, Jamie Kerr provides 20 insights into what the UK immigration system might have in store in the coming years.

The issue that will dominate the immigration landscape in the 2020s is obviously Brexit. This will herald the dawn of the government’s proposed post-Brexit immigration system, an “Australian-style points-based system”.

Free movement of people as we know it will end for EU nationals, and we’re likely to see the introduction of a new mandatory registration system in the most significant changes to UK immigration law since the 1970s.

As the Brexit process moves into the next phase and more visa changes are introduced, the political discourse is likely to be dominated again by the “taking back control” soundbite that became popular during the referendum campaign.

The concept of the UK government being in full control of immigration law was viewed by many as a vote-winner and could well be the justification for a raft of changes to the visa rules.

Another phrase popular with politicians, used by Theresa May when she first announced the proposed post-Brexit immigration system in 2018, is “brightest and the best”.

Attracting the brightest and the best migrants to the UK tends to be uncontroversial – but to whom this refers is difficult to define. Every change to the rules will be aimed at attracting high-calibre candidates, and the “brightest and best” could also end up being used to justify changes to various aspects of the non-EU visa rules.

4. Scientists under the microscope

As a move to attract the “brightest and the best” candidates to the UK, Boris Johnson has hinted that there will be fast-track options for visas for international scientists. This will be the first of a series of changes to the Tier 1 (Exceptional Talent) visa rules, but the numbers benefitting are likely to be tiny.

The proposed new start-up visa for entrepreneurs is intended to make the UK sound open for business to global entrepreneurs. However, like so many visa announcements, the reality is very different, with the proposed scheme being significantly more restrictive than the Tier 1 (Entrepreneur) visa route it replaces.

This scheme will need to be significantly liberalised in 2020 if international entrepreneurs and investors are to be able to set up their businesses in the UK.

We can expect the technology sector to be one of the real winners on the visa front in the 2020s. As the key source of inward investment, the tech sector can expect to receive special treatment in the visa rules.

With the demise of EU free movement, unskilled and lower-skilled labour could be harder to find and some sectors might suffer more than others.

To help the agricultural sector deal with this, we expect the proposed Seasonal Agricultural Workers scheme to be expanded as the Brexit transition ends on 31 December 2020. This will likely focus on seasonal agricultural workers on fruit and vegetable farms in an attempt to provide a sticking plaster to the lack of labour available to this sector post-Brexit.

In November 2019, the government indicated that healthcare workers hoping to take up jobs in the UK would benefit from preferential immigration processes with the introduction of an NHS visa.

Because the NHS and healthcare system are heavily reliant on migrants for staffing, we can expect doctors, nurses and other NHS staff to continue to be exempted from the toughest aspects of a tightened visa system. This will likely include exemptions from tough rules on salary thresholds and on the advertising of roles.

The existing offshore wind farm visa concession is due to end in April 2020. This currently exempts workers joining vessels engaged in the construction and maintenance of offshore wind farms from UK visa rules.

The end of this concession will force those in the sector to think more strategically about their workforce and could pose challenges for some businesses.

The Tier 1 (Investor) visa route is also likely to come under more scrutiny in the 2020s. The route which requires investors to transfer £2m to the UK in exchange for a visa has a chequered past and came close to being closed completely last year.

We expect a significant tightening of the route, though would be surprised if it were to be closed completely without a similar replacement.

11. Cracking down on criminality

With the removal of the protections of EU law for European migrants and Britain’s signature on the European Convention on Human Rights looking vulnerable, we can expect an increase of deportations of those with criminal convictions, even those at the lower end of the offending scale.

The Migration Advisory Committee conducts reviews into the existing immigration system and proposes changes, many of which are then adopted by the government.

The MAC has been busy over the past few years, publishing various consultation papers on specific aspects of the system. We expect its workload to increase over the next few years and constructive, evidence-based engagement with them is key for those keen to ensure the visa rules work for their particular sector.

The tightening of visa rules a few years ago made it very hard to attract international students to the UK, and the Brexit referendum result arguably put many students off studying in the UK.

Brexit will obviously mean that some EU/EEA nationals will need visas to work in the UK, so there will be an accompanying widening of right-to-work checks. Employers will need to revise their processes and ensure that they are prepared for these changes and avoid the suite of problems that will likely arise.

The expansion of e-gates at airports to nationals of Australia, Canada, Japan, New Zealand, Singapore, South Korea and the US, means that smaller queues and swifter access to the UK might be welcome. However, without passport stamps and tight regulation of entry, we expect to see more issues with those entering the UK as visitors as it becomes more difficult to prove when they entered or how long they have stayed.

As the UK seeks to negotiate trade deals with the world post-Brexit, expect to see some visa concessions negotiated as part of these deals. Whether it be with India, China, Japan or the US, we are likely to see further differentiation of visa rules depending on nationality as a sweetener to get trade agreements signed.

With the world seeming to be in a perpetual state of conflict, the global refugee crisis is a very real issue. Europe and the UK have struggled in shaping a coherent and compassionate refugee policy to deal with the fleeing “huddled masses, yearning to breathe free”.

With conflicts across the globe continuing to rage and new ones erupting, the UK will be faced with the need to find a balance between protecting the most vulnerable, meeting international legal obligations and navigating public opinion on refugees.

One thing we can likely expect in the 2020s is a series of new home secretaries, each purporting to be “tougher” than the last. That has been the way of home secretaries since the 1950s and the 2020s will be no different.

With each new figure in that role, expect to see a dual narrative focused on tightening visa controls and (at the same time) attracting the “brightest and the best” migrants. Immigration policy is not easy to get right, but perhaps one of these new home secretaries will bring us the perfect immigration system in the 2020s.

One Response to 20 immigration issues to watch in the 2020s