UK no more biased against migrant workers than other EU nations 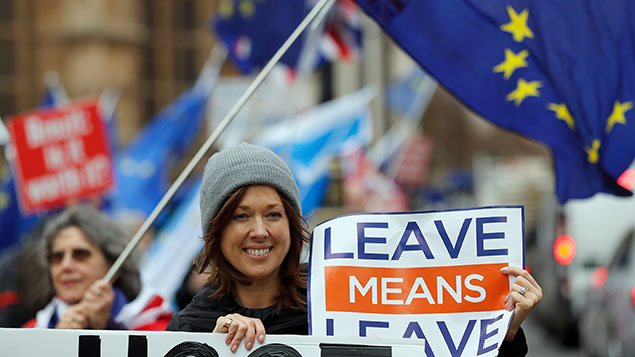 Around 15% of people in the UK would object to having immigrants as neighbours, and most Brexiteers do not object to foreign workers, according to a new academic paper.

A study by Professor Mariah Evans of the University of Nevada, Reno (UNR), analysed major public surveys of human beliefs and values in the UK and other EU nations.

Published in the journal Frontiers in Sociology, the study found that prejudice against migrant workers was perhaps rarer in the UK than in other countries, despite media focus on some UK citizens’ apparent prejudice against immigrants.

“In the media turmoil surrounding Brexit, many pundits have seized on the prejudice angle, but these data demonstrate that is not actually what makes the UK different from the Continent,” argued Prof Evans.

“Prejudice against immigrant workers or minority ethnic and religious groups is rare in the UK, perhaps even slightly rarer than in equivalently developed EU countries.

“Even though only a small minority is prejudiced, in a large population that still makes many people – enough to show up in anti-immigrant demonstrations or to mobilise letter-writing campaigns to MPs.”

Researchers looked at responses to the World and European Values Surveys, which have around 500,000 combined respondents, as well as other quality of life surveys.

The analysis also showed that across all nations, prejudice tends to be either against all minority ethnic and religious groups or against none.

Dr Jonathan Kelley, an adjunct professor at UNR and director of the International Social Science Survey, said that prejudices tended to be linked together in the same way everywhere.

The researchers argued that while data can go out of date quickly, they “provide a much more rational and accurate barometer of public opinion than do anti-immigrant demonstrations or political rhetoric”.

“There are many ways in which Britain is known to be ‘exceptional’ in the European context, but prejudice against immigrants is clearly not one of them,” added Dr Kelley.

As a corollary, events leading people to feel more warmly towards one minority will increase their warmth towards others, the research found.

Prof Evans added: “Equally promising, the strong gradient of prejudice decreasing with national development – economic growth and institutions that support personal freedom and markets – suggests that contrary to fashionable belief, modernisation is a powerful force for good as far as tolerance for diversity is concerned.”