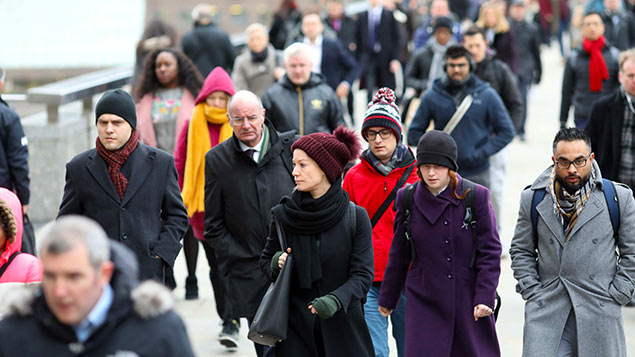 British workers may be producing more goods and services per hour than longstanding economic indicators have suggested, according to new analysis of productivity from the Organisation for Economic Co-operation and Development.

While this analysis significantly narrows the ‘productivity gap’, the efforts to solve the productivity puzzle and understand the rest of the gap will continue” – Richard Heys, ONS

UK staff work fewer hours than official statistics suggest, according to the OECD, which found that other countries adjust down individuals’ estimate of the number of hours they work.

Britain’s “productivity puzzle” has long been debated as economists attempt to establish underlying reasons why economic output per hour is 24% higher in the US and 20% better in France. Lack of investment in technology and poor leadership have both been cited as a cause.

Richard Heys, deputy chief economist at the Office for National Statistics, told the Telegraph: “While these new results are striking, the UK’s labour productivity still lags behind many of its largest international competitors.

“In addition, these improved figures don’t provide any explanation for why productivity growth has been so stubbornly low since 2008. So, while this analysis significantly narrows the ‘productivity gap’, the efforts to solve the productivity puzzle and understand the rest of the gap will continue.”

To illustrate the size of the measurement bias, the research adopts a method that introduces a series of adjustments on working time using information available in each country’s labour force survey and other sources. The results point to a reduction in relative productivity gaps of around 10 percentage points in many countries compared to current estimates.

The OECD report says that if the UK measured productivity in a comparable way to the US, the gap between the two countries would reduce from 24% to 16%. In comparison with France, the gap fell from 19% to 11% and in relation to Germany from 22% to 14%. The productivity shortfall against Italy of 3%, became a 5% gap in the UK’s favour.