What should employers consider when publishing parental leave and pay policies? 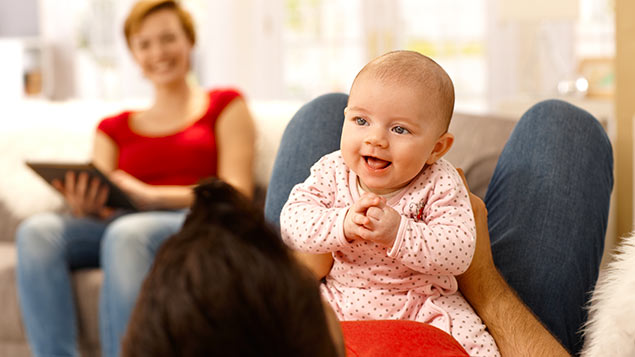 The government said in October that it plans to consult on the former employment relations minister Jo Swinson’s bill to oblige large employers to publish their parental leave packages. Harry Abrams looks at what the measures might entail.

The intention behind the proposal is that with greater transparency, companies may enhance their current benefits package to match that of their competitors or to give them a competitive edge.

Some employees may, alongside salary, bonuses and other incentives, view generous family friendly policies as a determining factor as to which company to join. Hence, a company will not want to be left behind and viewed as less attractive by a potential candidate for offering less than others.

If employers publicise family leave and pay policies, it may eliminate prospective employees from having to have potentially awkward conversations during an interview about maternity, paternity, shared parental leave packages etc. Prospective hires may still feel that if they ask a potential employer what their family related policies are, it may well inhibit their chances of landing the job and raise questions about their priorities.

While rejecting a potential hire on these grounds is unlawful and redress is available, many still prefer to simply not ask the question until they receive an offer. If there was mandatory publication, an employee could do their due diligence before they even apply for the role and pick an employer that may better support their personal circumstances.

This will hopefully lead to companies being able to retain employees for longer and minimise their recruitment and retraining costs as their employees are aware of and satisfied with their entitlements as a parent.

However there are also some potential negative consequences of this proposal. For example, especially at this time of great uncertainty for businesses, companies may be reluctant to enhance their statutory obligations. This is because, currently, if a company decides to vary or cut back on their parental leave or related pay packages, they can deal with it “in house”.

While they still may need to consult with their employees, depending on the nature of the change, they are able to do so without the glare of the public eye on them. Under the new proposals, they would have to publicise their offering, which could have reputational and PR implications.

Therefore a company may opt to maintain only statutory rates of family pay so that there is no risk of them having to subsequently and publicly reduce a previously enhanced policy in the future.

It is also the case that some companies state in contractual documentation that they offer statutory family pay provisions but in actuality often use discretion or goodwill to increase payments on a case by case basis. This would not be captured by the new proposals which will only state the general position and not where and how often companies depart from their default position. Again, this may mask the true position from employees.

In addition, some enhanced policies have strict conditions such as lengthy service requirements to qualify for an enhanced payment. Typically these may be that the employee must have been employed for three years prior to going on maternity leave or for there to be a clawback mechanism, i.e. if the employee leaves within six months of their return from maternity leave, they have to repay any enhanced payments received.

Whilst these provisions will presumably be made public under the new proposals, employees may only review the packages in summary. This may in turn lead to the employee incorrectly identifying some employers as being more generous than others without knowing the full picture and any caveats.

It is also dangerous to view a company’s approach to family leave solely on the pay offered and the policies. This is because a company may not enhance its maternity pay, for example, but takes great pride in the way that it ensures that returning employees feel reintegrated back into the business after a period of family leave.

The company may also be much more open to flexible working which can be of great value to parents.  Under the proposals (which predominantly focus on the financial aspects) such a company may be viewed in less favourable terms compared with a company which offers enhanced maternity pay but which then does not show the same approach and adaptability to flexible working requests. Therefore it may be of more benefit to employees to have data that offers a more holistic outlook of the ethos of a company rather than just its financial offerings.

Whilst the decision as to whether to publicise a company’s family related policies and pay remains voluntary, a company that chooses not to publicise it when their competitors do, may lead to prospective hires drawing adverse or inaccurate inferences from the lack of information being provided.

Today’s workforce values flexible working and work life balance more than ever before. A company appearing to hide its family related policies could therefore be taking quite a gamble if this raises suspicions (valid or otherwise) in the future workforce it wants to attract, as to that company’s culture and approach.