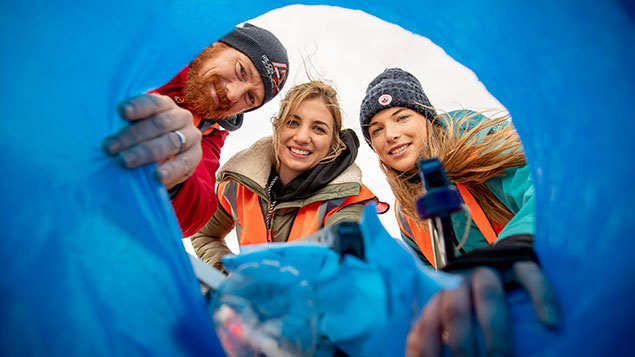 Coca-Cola's Big Beach Clean, in 2018, is an example of one of its corporate citizenship initiatives
Morgan Treacy/INPHO/REX/Shutterstock

Businesses now recognise that good corporate social responsibility is not just about financial donations. Being a good corporate citizen can also help employees feel a better connection to your brand, argues David Logan.

They have the right to sell products and services, but must trade honestly and pay their taxes and have market “agency”; that is the power to make things happen for good or ill just as individuals do.

Good corporate citizenship is about the behaviour of the company as a commercial entity. Companies have a commercial mission, but when they act they need to do so in an ethical way and pay attention to difficult economic, social and environmental concerns.

Almost every business decision has an ethical, social or environmental responsibility to it.

Today, good citizenship encompasses the economic, social and environmental impact of the business right along its total value chain, from raw material inputs to the final consumer and how they dispose of packaging and products – encouraging consumers to also act responsibly shows the self-awareness of the business.

It is this broad definition of citizenship that today underpins a company’s reputation in the market place and in society.

Beyond its commercial offering, there are the background ethical, social and environmental issues that are key to a company’s reputation, and the trust that customers and consumers have in the business.

Good corporate citizenship builds positive brand identity – people want to do business with companies that they can rely on to behave well, and part of that is the business being willing to voluntarily reach out and help society face difficult social and environmental problems.

After all, these problems can have a real impact on us all – companies included. It is by identifying social and environmental problems that impact the business, and doing something about them, that businesses and society can gain mutual benefits.

This is nothing new

In the 19th Century, this impulse to good citizenship was often focused on the philanthropy of Andrew Carnegie and other great industrialists.

Good companies like Unilever and Cadbury were active in solving housing problems by building villages for workers, while Jesse Boot effectively created Nottingham University in part because the business needed a skilled labour force.

Despite being established long before the introduction of the welfare state in the UK and communism and socialism systems around the world, this approach is still prevalent today.

In the 1980s, lots of new businesses emerged (some of them former state owned companies) and the question again arose as to the role of business in society as a corporate citizen.

Old traditions had not completely disappeared; Marks & Spencer for example still continued its extensive provision for employees because they saw it as good for business, and there was a surge of corporate philanthropic contributions from many companies as the old model of corporate citizenship began to reassert itself. However, this alone was not adequate for the times.

New corporate ‘citizens’ such as the Body Shop actively engage consumers around recycling plastic bottles and campaigning on social issues like animal testing and HIV/AIDS, while Ben and Jerry’s market themselves as a business that supports local farmers and gives franchises to minority businesses in poor areas.

They and many other businesses grew by making it clear to the market place and society that good corporate citizenship is a key part of their identity, making their brand both recognisable and increasing customer loyalty.

This still includes an element of pure charitable giving for those who require humanitarian aid, but the modern world has focused again on the mutual benefits to both society and business that come from corporate social investment and commercial initiatives in the community.

“What we accomplish not what we give”

This idea of social investment in addition to charitable giving has been championed by the LBG corporate partnership group in London.

The companies in the LBG want to be known for “what we accomplish not what we give” and that is best achieved in areas where the company has a direct interest in the social and environmental issues, where its specialist knowledge that can be most helpful.

For example, banks focus on financial literacy, while manufacturing companies focus on technical education and food companies on healthy eating, so businesses can also be seen as the most knowledgeable the in sector.

As value chains have globalised, so has the definition of what constitutes good citizenship. Today it is not just where the company is headquartered; it is now essential in all communities where companies source and sell around the world.

Companies such as Cadbury are now deeply involved in community contributions to help cocoa farmers in Ghana, while drinks companies such as Diageo and Coca-Cola have extensive water conservation programmes in Africa and Asia.

These projects allow employees to feel a strong connection to their organisation and a desire to always do their best, increasing employee retention.

Global society cannot solve many of its problems without the help of companies and their employees. By contributing to society, companies enrich the lives of their employees through match giving and mentoring schemes and the company builds a reputation for responsible behaviour, which is an immense asset in both the market place and the workplace.

David Logan is the co-founder of Corporate Citizenship and has worked with Levi Strauss & Co, Unilever and Cadbury over his career.
View all posts by David Logan →
Previous Article
Next Article