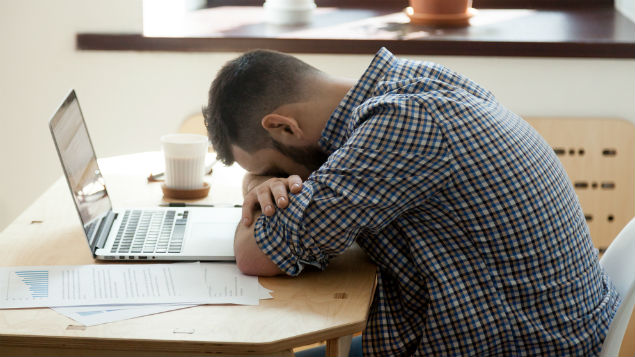 Work dramas and project deadlines are the two aspects of the daily grind most likely to keep employees up at night, according to a new survey.

According to Losing Sleep to Stress by mattress review website The Sleep Judge, more than half of female employees (57%) lose sleep because of negative behaviour, including gossiping and office politics, at work. A high number of men were also affected by this (45%) but for them, concern over project deadlines was more likely to get them tossing and turning through the small hours.

About a third of those surveyed said having to make a presentation saw them lose sleep, while around a quarter felt similarly about performance reviews. There was no statistically significant differences between men and women in these two categories. However, when it came to business ethics and moral dilemmas more women than men were kept awake (19% to 14%).

What is the minimum amount of rest an adult worker must be allowed?

Are employers obliged to pay their workers for rest breaks?

For some respondents, falling asleep was the start of their problems: the fear of getting fired and office work dramas had given 33% and 31% of people nightmares, with more women than men reporting nightmares over work dramas. Project deadlines (21%) and presentations (20%)  were also major causes of nightmares.

The analysis looked at the relationship between stress and sleep, finding that those who described their work as very stressful only got 5.8 hours of shut-eye on average, an hour less than those who found their job not at all stressful. This had implications for productivity as well as health, researchers said, with judgment, cognitive capacity and mood likely to be negatively affected.

However, only a minority of employees reported experiencing higher levels of stress at work with 10% of men and 14% of women describing their jobs as very stressful and just over 60% of men and women as somewhat or moderately stressful.

Seniority in organisations was a factor in sleep deprivation too, with a higher proportion of middle and senior managers fretting more over project deadlines than anything else. For entry level and intermediate positions work drama was the biggest source of worry. Business ethics and moral dilemmas were more troubling for senior staff than for newer team members with up to 27% being kept awake by them as opposed to just 11% of fresh staff.

For people and change specialist Paul Dickinson, founder of Rest Bandit, the quality of rest people get in the period between work and bedtime is a critical factor. He said: “If people have switch-off routines that allow them to de-stress they will probably sleep better.

“However, ‘junk rest’, where people are connecting with work either through technology or through rumination are unhelpful when it comes to good sleep. Activities which move the mind away from work, often where the brain is actively engaged on something else, are helpful as is a pre-bedtime wind-down routine.”

Dickinson did not view work drama affecting more women than men as a key factor. He said: “I don’t give this much credence although there is research to show that women are more affected by generosity burnout: helping other people at work to the detriment of their own performance. This may lead to more stress about failing to get their own work tasks done.”

Losing Sleep to Stress was the result of a survey of 1,000 people, about 650 of whom were entry level and intermediate employees and the rest people in middle and senior management.