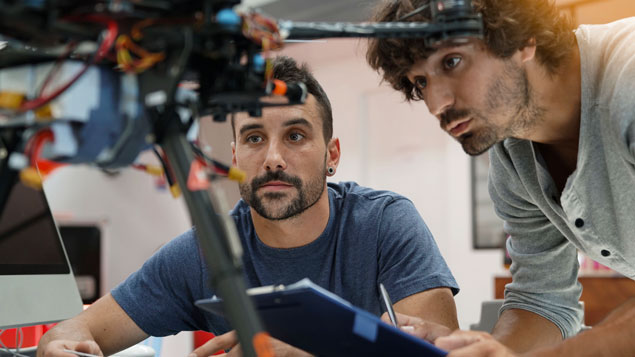 Hiring an intern can bag you a motivated member of staff with fresh ideas and new skills: a boost to productivity and your employer brand. Emma Page looks at why interns are worth paying for.

Around 70,000 internships are offered a year in the UK, according to social mobility charity Sutton Trust. But of 10,000 graduates in internships six months after they leave university, at least one-fifth are unpaid. With the average cost of carrying out an unpaid internship approaching £1,100 a month in London and £850 in Manchester, this puts valuable work experience beyond the reach of many.

What employment rights, other than the national minimum wage, does an intern have if he or she is a worker?

Under employment legislation, anyone who is acting as a ‘worker’ must be paid the national minimum wage. This means employers have to pay an intern unless he or she is required to complete the internship as part of a UK-based higher-education course, if the scheme is less than four weeks long, or if the intern is simply shadowing an employee and not expected to undertake any actual work. There are some exceptions in the charity sector, but subsistence and travel must be reimbursed.

Following the publication the Matthew Taylor review on working practices last year, Theresa May announced a crackdown on unpaid internships, sending more than 550 warning letters to companies and setting up HMRC enforcement teams to tackle employers advertising for unpaid interns.

Not only are unpaid internships exploitative and a barrier to social mobility, they’re nearly always a false economy. Engineering, IT and investment organisations all woke up to the case for paying interns a decade ago and now have properly structured and well-advertised graduate internships, often leading to permanent positions. But unpaid internships are still rife in the media, charity and fashion sectors.

“It’s not a coincidence that these are where the practice started – the idea of paying your dues has become built-in,” says Tanya de Grunwald, founder of Graduate Fog, a campaigner for fair internships. “Also, SMEs and start ups are bad on paying interns, using the poverty defence of ‘we can’t afford it so don’t pay’.

“Change is happening though – largely because more and more general examples of why diversity is important are emerging. Bad publicity is a good motivator when it comes to big firms.”

Minimum wage law allows charities to have unpaid interns, but this has been criticised for taking advantage of those wanting to start their career.

Cancer Research UK is the first big charity to call time on unpaid internships. Interns will be paid the national living wage and those based in London will receive an allowance of £3,750 pro-rated for the duration of their internship. This equates to a total payment of approximately £4,153 for a London-based 12 week internship.

“This is a complex issue but we felt it was the right time to tackle it. It is not right that those who can’t afford to intern unpaid should be excluded from gaining essential experience,” Cancer Research UK CEO Sir Harpal Kuma said when the programme was announced in April..

Sarah Jepson-Jones, the charity’s head of talent and leadership development, says it has created a checklist to make the difference between an intern and a volunteer clear., taking into account the nature and duration of the role, and the motivation of the person doing it.

“The response to our first paid internship cohort was fantastic, with over 1,400 applicants (usually 900+) for 26 spaces and a significant increase in the diversity of those applying,” she explains. “44% of those selected were from BAME backgrounds and 26% said they were the first in their family to go to university – a notable improvement on previous applicants.”

De Grunwald says Cancer Research UK has provided a template for other charities to follow suit. “Somewhere along the line, true volunteering and junior charity jobs became conflated, with neither being paid. Disentangling them now is not easy – but there is a difference and it’s important to be clear about it.”

Lizzie Crowley, who leads the CIPD’s programme of research and policy development on UK skills, believes that while it would be inappropriate to burden businesses with legislation that might deter them from offering work experience of any kind, interns need to be paid if they are expected to keep regular hours and make any type of contribution.

“Interns can boost productivity and bring new ideas,” says Crowley. “Unless you offer minimum wage you’re not going to attract the diverse talent that will support your business growth.

“Sectors not up to speed with productivity should find ways to access graduate talent that are considerably less expensive than graduate programmes, and with less of a commitment, as there is no responsibility to keep them on in the end.”

It’s rare to meet a business leader who isn’t on board with paid internships now, says de Grunwald. “Even if an intern says that they’re happy to work for free it isn’t up to them. Unpaid interns can demand back pay for their work in the future even if they agreed to do it for free at the time.”

Edward Pritchard runs the Graduate Talent Pool internship service for careers website Prospects, which requires all roles advertised on the site to be paid. “IT, engineering, business and marketing roles are always in abundance on the site. This is no surprise seeing as these are sectors with high demand for graduates. Media and the creative arts in general are poor – as well as the third sector and PR.”

He says most universities will help put businesses in touch with potential interns if they’re worried about the cost of their placements. “The careers of graduates are now key metrics for league tables so there is an increasing interest in careers services and internships have emerged as a great way to increase graduate’s employability.”

As well as being paid, good internship positions are tailored around the individual’s knowledge, skills and experience. Cancer Research UK, for example, is offering interns the ability to work within four different areas: technology innovation; supporter partnerships; public affairs and campaigning and HR.

Nuno Dhiren, the founder of Internwise.co.uk, explains: “A good internship programme is when both the employer and the candidate win. The employer benefits from having an extra pair of hands to help the business deliver certain tasks by utilising the intern’s skills, knowledge and enthusiasm, and the candidate gains professional experience: applying in practice the theory acquired while studying at university and laying down the foundations for their professional life.

“Internships fail when employers realise an extra resource is needed but the role has been poorly defined and this leads to conflict.”

It’s key to devise the scope of an internship before embarking on recruitment. Don’t fall into the trap of giving candidates work nobody else wants to do. Line managers and department heads should be asked if there is an upcoming project that an intern could contribute to. Maybe their work could be split across two or more departments to give them a broader view of the organisation?

Managers should be discouraged from bringing in friends and family for odd bits of work experience that nobody has prepared for. Crowley suggests a strategy is set for internships, work experience and apprenticeships, clearly setting out company policy with regards to advertisement, recruitment and selection. This needs to be communicated widely to line managers and others and needs buy-in from senior leaders.

Paid internships can be a valuable and rewarding way of increasing the talent pool and providing additional resource for certain tasks. Graduates and students will also benefit from the knowledge that their work is valued by the organisation – which in turn will keep them on board if their placement leads to an employed role.

Tom has undertaken two internships since graduating with a marketing degree. The first was a 10-week stint at a marketing start-up. The second was two weeks with a film production company. Both were unpaid, apart from expenses.

“The first placement was really worthwhile. I had to create a short promotional video for an upcoming event. It was challenging and everyone around me was busy but they had good plans in place for me to work from.

“The experience helped me secure my current job. Everyone gave valuable feedback on what I was doing, and I felt that I was treated with the same respect as a permanent member of staff.

“The second placement was a joke. I was shadowing a junior runner and my first email described how everyone in the office took their hot drinks. I wouldn’t have minded getting the coffees if I had at some point had access to someone creative who could have given me five minutes of their time.”