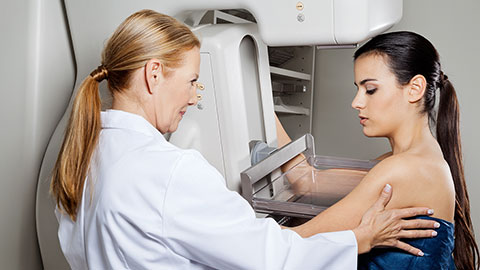 Evidence has emerged of a link between breast cancer and long-term shift work in a study of both health and non-healthcare workers in Canada. The study examined 1,134 patients with breast cancer and 1,179 controls, looking at self-reported occupational histories over patients’ working lives and the relationship with any shift working. A relationship was found for periods of shift work over 30 years in a diverse range of occupations, not only nurses, as has been found in most previous studies.

The presence of fatigue is a good way of identifying those workers at risk of long-term sickness absence due to a range of causes, according to a study of white-collar employees. In particular, the severity of the fatigue and the reporting of reduced concentration and motivation were associated with a greater risk of absence due to mental ill health among male workers.

Stress-reduction programmes based on the concept of mindfulness can be a low-cost, feasible alternative to more traditional stress-management training, according to a small-scale study of nurses. Nurses who completed the programme, which is based on a small number of group telephonic sessions rather than multi-week in-person training, showed improvement in general health, lower stress and burnout. These observed improvements were sustained over time and employees who continued with the mindfulness practice after the programme finished demonstrated even greater positive outcomes.

Bazarko et al (2013). “The impact of an innovative mindfulness-based stress reduction program on the health and wellbeing of nurses in a corporate setting”. Journal of Workplace Behavioural Health; vol.28, issue 2, pp.107–133.

A session of yoga can significantly improve cognitive performance, according to a study of college-aged women. The women who took part in a yoga class had quicker reaction times and greater accuracy in performing a range of tasks immediately after a yoga class, compared with control groups participating in more traditional forms of exercise, including aerobic sessions.

Education level link with the risk of MSD

An employee’s level of education has an important delayed consequence for their ability to recover and stay in work after experiencing a musculoskeletal disorder (MSD), according to an analysis of health and occupational history data. Employees with a low level of education who experience an MSD are more likely to exit the workforce permanently as a result of their disability compared with workers with university-level qualifications. Men whose first job was in farming or construction are also at greater risk of losing subsequent jobs if they experience an MSD.

Losing your job is bad for psychological wellbeing, but conversely, getting a job after being unemployed does not necessarily lead to a boost in mental health, according to an analysis of British Household Panel Survey data.

European research in the field of OH and safety needs to take more account of demographic change, globalisation and emerging new technologies over the next seven years, according to new priorities published by the European Agency for Safety and Health at Work. The agency also stresses the need for the results of research to be better translated into practical, accessible workplace solutions and interventions in the future.

European Agency for Safety and Health at Work (2013). “Priorities for  occupational safety and health research in Europe: 2013-2020”. Publications Office of the European Union; Luxembourg.

Nut allergy is a disability

An employment tribunal has allowed a chef’s disability discrimination claim to proceed after finding that his severe nut allergy is a disability under the Equality Act 2010. Mr Wheeldon suffered a severe allergic reaction at work when he came into contact with nuts in 2011. He went off sick and subsequently brought a number of claims for disability discrimination against his employer, arguing that it had failed to offer him alternative employment. In Wheeldon v Marstons plc ET/1313364/2012, the key issue for the tribunal was whether or not the effect of the chef’s impairment was “substantial” and it concluded that Wheeldon’s medical evidence spoke for itself. Wheeldon had been hospitalised seven times since he was 16 for suspected anaphylactic shock and any allergic reaction could be life threatening.

In practice: An allergy needs to have a serious and long-term impact on an employee’s day-to-day life for it to be considered a disability under equality legislation. For example, hay fever is explicitly excluded from the definition of disability, unless it aggravates the effect of another health condition. If an allergy does come within the definition, the employer has an obligation to make reasonable adjustments – for example, ensuring that the employee does not come into contact with allergens as part of their work.

Eczema is a disability

In Glass v Promotion Line Ltd ET/3203338/2012, a tribunal has allowed a claimant’s disability discrimination case to proceed after finding that her severe eczema is a disability under the Equality Act 2010. Ms Glass takes more than an hour to get ready in the morning because she has to allow sufficient time to apply her cream and for it to soak in properly. She argues that this is considerably longer than it takes a person without eczema to get ready and, as such, constitutes a substantial adverse effect on her ability to carry out day-to-day life. Glass is bringing discrimination claims after she was dismissed by her employer.