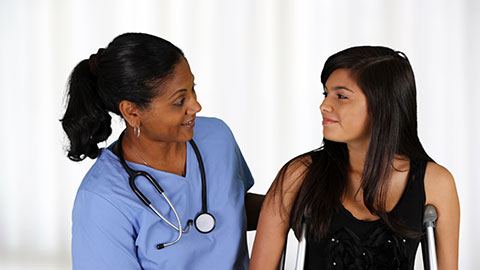 More than two-thirds of OH units using the MoHaWK (Management of Health At Work Knowledge) web-based clinical governance and benchmarking tool have seen improvements in their performance, according to research.

An analysis by Sygentis, the not-for-profit OH social enterprise spun out of NHS Plus earlier this year, of data input by OH providers using the tool found that 68% of practices have seen improvements in at least one indicator between round two, which was carried out in October last year and round three, which took place in April 2013.

Round four will take place in November 2013.

Some 70% of patients were being seen within 10 days of referral and five units had made a more than 35% improvement between rounds in this indicator.

More than half (58%) had made improvements in the number of four-week absent patients who were offered adjustments, with 11 units making an improvement of more than 35%.

A total of 84.5% of reports were sent out within two days of an appointment, with 21 units improving their performance since round two, the analysis found.

The analysis also provided evidence of how OH teams are using the tool to give themselves a commercial edge.

For example, Anna Betts, OH manager for Nottingham Occupational Health, told the survey: “We have included the MoHaWK data as part of our presentation for new tenders as an example of how we benchmark ourselves against other large organisations.”

The free tool is available to OH teams regardless of sector, and the full report, including the details of two new indicators that will be added for round four, is available.