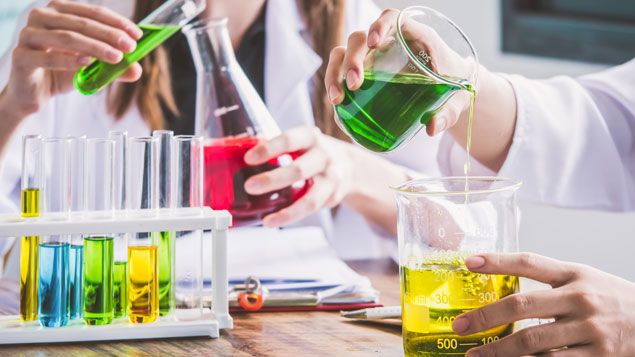 For a team to function well and achieve the right outcomes in an effective manner, it needs good chemistry. Psychometrician Dr Kerry Schofield highlights the five key elements of a successful team.

‘Teamwork’ is not generally considered an ambiguous word. Even so, there are many definitions of this deceptively simple-sounding concept.

For example, the Merriam-Webster dictionary defines it as “work done by several associates with each doing a part but all subordinating personal prominence to the efficiency of the whole”. Yet the Urban Dictionary amusingly calls it “the ability to blame others”.

Can we change workplace behaviour in just 21 days?

As with any entity, biological or mechanical, what makes a team work is chemistry. Put another way, what defines a team is not the individual contribution of each person, but the interactions between them. Good people are not enough – for a team to function well, it needs good chemistry.

With this in mind, Good&Co went on a quest to unlock the formula of team success. We analysed data from 20,000 Good&Co users and 380 team leaders, as well as drawing on a broad literature of academic and field research.

Five base elements emerged as being crucial to the chemical reactions which make a group of people into a team: respect, efficiency, adaptability, communication, and teamwork. This article explains what happens in the test tube – the team – when we add, or remove, each of these base elements to the mix.

What it does: Neutralises volatile chemical reactions, allowing elements in the test tube to interact with each other safely.

What happens without it: The test tube explodes, spraying vitriolic substances everywhere!

Also called “psychological safety”, respect is the most fundamental element of a good team. Harvard business psychologist Amy Edmondson defines it as: “a shared belief held by members of a team that the team is safe for interpersonal risk-taking…a sense of confidence that the team will not embarrass, reject, or punish someone for speaking up”.

Respect enables each individual to contribute fully to the group – to ask questions, give their perspective and learn from their mistakes without fear of being judged, criticised, or abused. Without it, the team cannot function as a cohesive whole.

Even one aggressive critic in a team can cause its culture to rapidly become toxic – after which the entire structure of the team becomes unbalanced, and eventually collapses.

What it does: Ensures chemical reactions take place in a timely fashion, with minimal waste products.

What happens without it: The chemical reaction fizzles out, leaving nothing to show for the experiment.

A team is unlikely to get very far without being able to solve problems, show initiative, and balance the big picture with the fiddly details. Our old friend Urban Dictionary defines efficiency as “intelligent laziness” – and that’s not a bad way to put it. In a group setting we have the mixed blessing of collectively intelligent laziness. With diverse perspectives and a complementary mix of skills, we can find a multitude of paths to the same goal, and pick the most direct one, overcoming obstacles as we go.

Communication is essential for making sure the rest of the elements work effectively. It underpins respect and trust – try not talking to your colleagues for three weeks, and see if they still like you.”

What it does: Stabilises and enhances the compound when new chemicals are introduced.

What happens without it: The compound becomes stagnant and inert, or fizzes up and explodes.

Adaptability is not only about flexibility in the face of the unexpected – such as a deadline suddenly being a month earlier. It also means resilience – the ability to handle criticism and setbacks with grace. This is an individual trait, but it can also be a collective one.

What it does: Ensures the right chemicals are reacting with each other under the correct conditions.

What happens without it: You end up with a test tube full of something completely different from what you expected – or nothing at all.

Communication is essential for making sure the rest of the elements work effectively. It underpins respect and trust – try not talking to your colleagues for three weeks, and see if they still like you. It is crucial for efficiency – if nobody knows they’re supposed to do a task, nobody will do the task. They’ll all assume someone else did it. It is also necessary for adaptability – unless changes and challenges are discussed openly, everyone will simply assume that everyone else dislikes them and wants them to suffer.

What it does: Alchemy – the final process which purifies the elements into something more than the sum of their parts.

What happens without it: You get a lot of separate chemical reactions going off – but no cohesive compound at the end of it.

Alchemy is the ancient protoscience of turning base metals into gold – taking substances which by themselves are ordinary and, through a chemical reaction, creating something extraordinary. Such is the nature of successful teamwork: the emergent property, the team itself, is the unique result of the interactions between its component elements.

Teamwork is alchemy in action. By combining the elements of mutual respect, efficient processes, adaptable resilience, and strong communication, it brings about the final chemical reaction which makes a group of people into something more than the sum of its parts: a team.

Dr Kerry Schofield is co-founder and chief psychometrician at Good&Co, a platform that helps jobseekers identify their persona and assesses their fit with a role.
View all posts by Dr Kerry Schofield →
Previous Article
Next Article

One Response to Team alchemy: the five psychological factors of team success